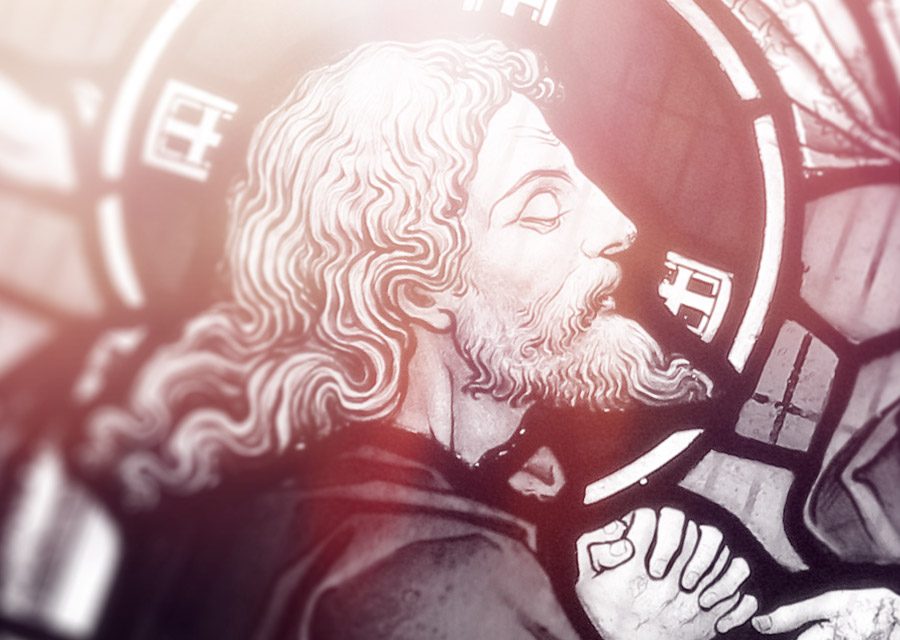 The article was originally written for a Tolkien & Lewis contest hosted by the Aquinas Center for Faith and Culture. It didn’t make the final round, and she has kindly shared her hard work with us at the Bayley Bulletin. It is a summary of C. S. Lewis’ book ‘The Problem of Pain’.

The world suffers in pain. It is unavoidable, sometimes inescapable, and no matter the precautions taken, a person will always experience pain at least once in his life.

This results in one of the most asked questions: Why pain? Why must the innocent suffer?

Why does a man, who seeks only a modest living, suddenly find himself poverty-stricken and unable to provide for the basic needs of his family? Why are the evil allowed to oppress the good? Why do animals experience pain?

Another frequently asked question is: Where is God in all of this? Does He hear the cries of His people? Does He care? Why does He allow such pain and misery to burden His creation?

In his book The Problem of Pain, C. S. Lewis calls these questions the problem of pain and sums up the problem like this: “If God were good, He would wish to make His creatures perfectly happy, and if God were almighty He would be able to do what He wished. But the creatures are not happy. Therefore God lacks either goodness, or power, or both.”

Using his Christian insight and wisdom, Lewis seeks to find a solution to the world’s pain.

1. A Reminder of God’s Goodness

Lewis begins his pursuit for a solution by reminding his readers of God’s divine omnipotence and divine goodness. There is nothing that God can not do, and there is no one in the world who can outdo His goodness.

Humanity was made for God, not God for humanity. Every individual is God’s unique creation, and like any other creator, God wants only what is best for His creation.

Moreover, God loves humanity a great deal more than any other creator can care for his handiwork. Lewis puts the relationship between God and His creation in the perspective of a father and son relationship.

The father loves the son, more than the son can even fathom, and he wants what is best for the son. The father uses his authority to make sure the son grows up to be the most excellent man that he is capable of being.

It is the job of the son to be obedient to the father and look upon his authority as an expression of love, not punishment. In the same way, Lewis reminds his reader that God is the Father, and the people of the world are the son. God loves humanity and uses His authority to help them to be the best they can be out of His love for them.

Keeping this in mind, it is up to humanity to obey God and grow in His love. There will always be those rebellious sons who reject the love of the Father, and God knows this. Yet, He continues to love all and to help those who accept His divine authority and goodness. In asking for God’s love, one asks for God’s authority and the changes that come with it.

2. The Implications of Free Will

After recalling the righteousness of God, Lewis continues on to the observance of the wickedness of humanity. The earth contains many heinous people, and it always will, until Christ comes again.

But why are these people allowed to act this way? Why does God not stop them? Lewis takes this opportunity to enlighten the reader on the true meaning of free will.

When God made the human race, He gave everyone free will. One could choose to reject God, or to love and accept Him. Free will was a wonderful and yet serious gift. For those who reject God abuse their gift. Therefore, it is clear that it is not God’s fault if one is wicked, but it is the choice of the person to choose this forsaken road.

Nevertheless, the question of why does God allow this still stands. Lewis answers this question by demonstrating to the reader that God always takes the evil of people and weaves it into His Plan, so that in some way or another, good results from their actions.

4. The Tendency to Evil

After observing human wickedness on the surface, Lewis delves deeper into the origin of what seems to be a natural tendency of evil in the human race. He does this by discussing the Bible passage commonly known as The Fall. It is a passage that every cradle Christian has heard.

It is, of course, the story of how the first man and woman, Adam and Eve, fell into sin and defiled the human race forever. Lewis tells the reader that the sin which the first parents committed was a sin of pride.

They no longer wanted to be ruled by God, but wanted to rule themselves. In becoming rulers of themselves, they became prisoners of their own emotions and became subjected to the functions of their bodies. With this came pain and death.

However, the human race was not to be doomed, for God always has a plan, as Lewis reminds the reader. For God sent a redeemer in the form of His own Son, once again taking the evil of someone and turning it into something beautiful.

Watching his wife die of cancer, which she had at the beginning of their marriage, and then again at the end, must have given him a clearer understanding of pain than most people have their whole lives.

So why does the man who is only trying to make a modest living find himself facing hardships? Lewis responds to this by proposing that maybe just living a modest and basically comfortable life is not enough in the eyes of God.

What most people do not realize is that pain is usually God’s microphone. He uses it as a wake up call, for both the good man and the evil man. In pain, most turn to God, seeking healing, relief, or help. By doing so, a person draws closer to God, which is what God intended to happen when He allowed the person to experience pain.

However, once the pain is gone, oftentimes one forgets about God and returns to one’s way of life, no longer needing Him. In result of this, God allows the person to experience pain again, in an attempt to draw them close to Him. Lewis also tells his reader that maybe pain is the only way God can get through to people, particularly those who live in evil.

Therefore, when the innocent suffer, it is not the punishment of God, but the love of God which is calling to them, telling them to come to Him and find healing, mercy, and love. Humans must strain their ears in the middle of their pain to hear the loving call of God and respond to it with an open heart.

6. The Challenge of Animal Pain

A large number of people find it difficult to reconcile with the fact of animal pain. They question the reason for animal pain, when animals do not have souls, nor can be bettered through pain.

Lewis points out the fact that humans will never really understand animal pain. Everything that humans think they know about animal pain is really only guessed.

Before the Fall, man was the ruler of the animals. However, now they are no longer under man’s reign. Therefore, the pain of animals should not be the concern of humans.

7. Pain in the Afterlife

The next aspect of pain that Lewis investigates is in the afterlife. He begins by discussing the reason for the existence of Hell. People have a difficult time putting together a merciful God and a place of eternal torment. Lewis himself confesses that even he does not care for this, but he recognizes the unfortunate need for its existence. Lewis starts by bringing up the virtue of forgiveness.

In order for forgiveness to take place, one person must apologize for a wrong they committed against another, and the other person must forgive them. By apologizing, the one person accepts the forgiveness of the person they wronged.

Lewis then puts this into the perspective of the evil man and God. If the evil man never confesses his wrongs and seeks forgiveness, then God can not forgive him. In the same way, the evil man can not accept the forgiveness of God, if he does not first apologize.

God has washed away his sins, continuously calls him to repentance, and is always ready with forgiveness and love. But in the end, it is up to the evil man to accept or deny this, and if he denies it, God has no choice but to leave him alone in his self-absorbed state, and condemn him to Hell.

There is hope for those who believe in God and accept His forgiveness, as Lewis reminds his reader. This is the hope which all Christians strive to see come true after their death. This hope is Heaven. This promise of Heaven is part of the foundation of Christianity. Lewis tells his reader that Heaven is not an illusion, but a reality.

In Heaven, all that the soul needs will be fulfilled in the Beatific Vision. Each person’s soul was made uniquely and individually by God, and He alone knows them intimately. He calls each by a name which He and that soul alone know. All souls will no longer know need, want, or pain. They will know only the love of God, and that will be enough for eternal happiness.

The conclusion that Lewis draws for his reader is that pain is never pointless, it is not the unmerciful punishment of God, and God never abandons a person in the midst of his suffering. Instead, pain is the loving call of God to His creation. God always wants what is best for humanity and will do whatever it takes to achieve this.

While this sometimes includes pain, pain must be looked upon as the last resort of God to communicate with the human race. Humans sometimes choose evil, but God is always there to forgive, and it is up to each person to seek repentance. In the end, Lewis gives a clear explanation for pain for his reader, but leaves him with the reminder of the ultimate reward for suffering in this world: Heaven. 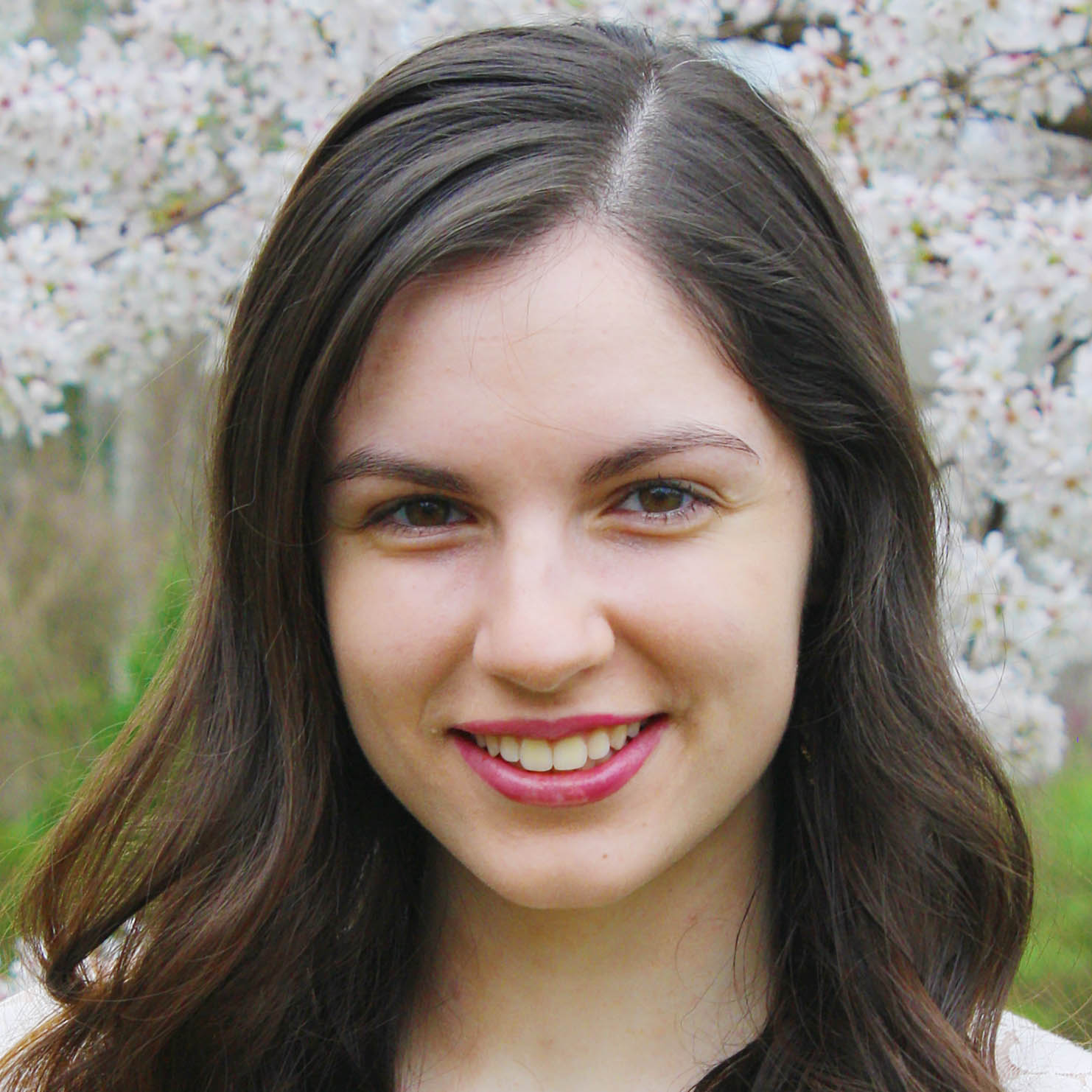 Ashlynn Fayth Smith is a brand new Seton alumni. She is going to start college this fall, and plans to study accounting. She lives with her wonderful parents, her two beautiful older sisters, and her two adorable younger brothers. When she is not at work perfecting her fake British accent, she enjoys art, sewing, reading, and writing. Ashlynn Fayth has been an altarserver for ten years, and loves her Catholic faith. She is a Texas girl at heart and has the cowgirl boots to prove it!