A Rose in Fatima – by Kevin Clark 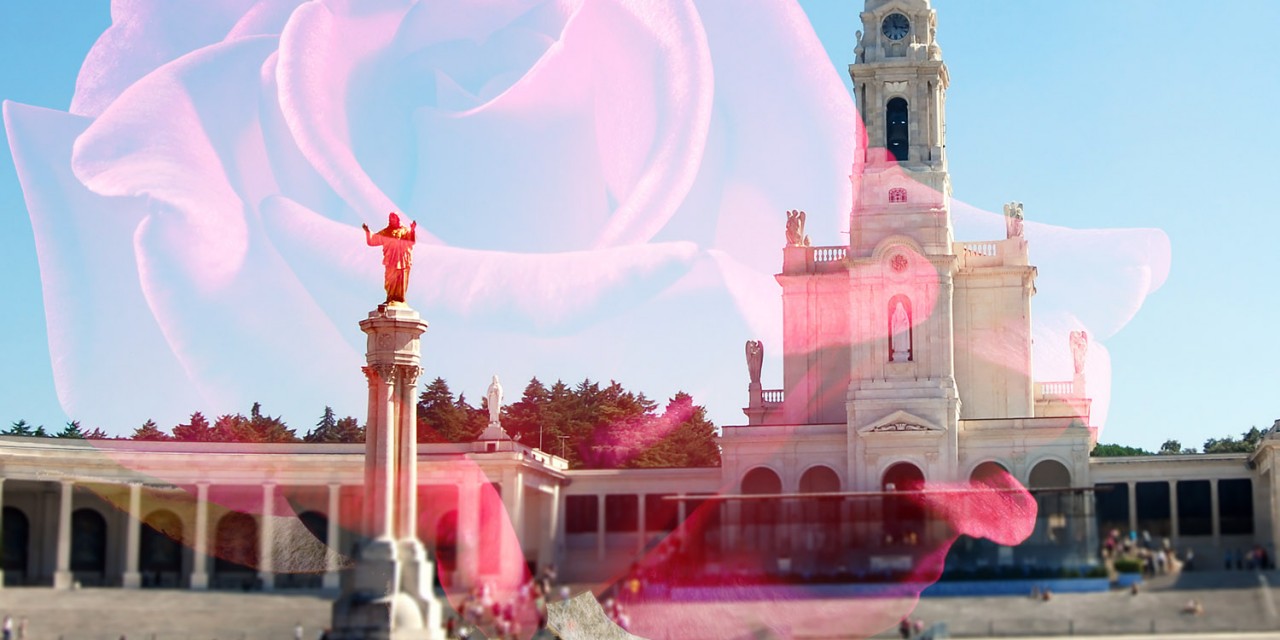 Study this story for inspiration in creating multiple characters that feel different, and consistent throughout. This short story is one of several that are paired with the Bayley Bulletin Winter Quarter Short Story Contest.

Jim Harrison woke up in bed in his hotel room. When he woke, he had a vague sense of something not being right, but was unsure of what. He rubbed his eyes and looked over at the clock. 3:30 a.m. He was about to roll over and go back to sleep when he saw her. She was not far from the foot of the bed, seeming to float in the air. She was dressed in white robe and a blue veil, trimmed in gold. On her head she wore a gold crown, and wrapped around her hands was a luminous rosary, made of white pearls.

At first, he wasn’t sure she was really there. He decided to close his eyes and then reopen them slowly. He didn’t know whether he was more afraid that she would be there or that she would be gone. Feeling his heart pounding in his chest, he opened his eyes and found that she remained where she had been, looking at him, with a slight smile on her face.

What to do? What do you say when the Blessed Virgin appears to you? Is there a protocol to follow? Do you speak, or do you wait to be spoken to? Not knowing what to do, he did nothing. But then he sensed that she was waiting for him to speak. So he said hesitantly, “Mother, what do you want of me?”

At first, she said nothing, just kept the same look in her eyes. He remembered hearing the story of the apparitions at Knock, Ireland, where she had remained floating in the air for a long time, but spoke not a word. Perhaps she would not speak to him. But then she did speak.

“My child, I have a task for you. Are you ready to accept it?” she asked.

Without thinking, Jim found himself saying, “I will do whatever you ask, Mother.”

“Then, here is what you are to do. Go to the Plaza del Sao Marco in the city. At the plaza, look for a man wearing a black suit and a red cap. From one of the street vendors, buy a red rose. Go up to the man and say, ‘This is from the Virgin.’ Can you do that?”

When he had finished saying the last word, she was gone. He was alone in the room. He lay in his bed thinking. Had it really happened? Had he really seen the Virgin? Or was it his imagination?

He didn’t know. And he couldn’t be sure it wasn’t all a dream. But he would be at the plaza tomorrow. That much he knew.

The next morning, some of the other young people on the trip sat around their breakfast table.

“Do you think he really believed it?” asked Sarah.

“I don’t know,” said John. “It seemed like he believed at the time. But he may just assume it was a dream this morning. Or maybe he won’t remember it at all.”

“Oh, I think he’ll remember it. You don’t forget a visitation from heaven,” said Trevor with an ironic laugh, which made the others laugh too.

“That came off better than I expected,” said John. “The idea of the projector and the clear curtain sounded hokey, but, man, it really looked good.”

“Yes, it was inspired,” said Trevor, folding his hands and looking to heaven beatifically.

“Hey, a little credit this way. The vision’s nothing without the voice. You have to really sell it to make it seem real.”

“Yes, Sarah, you were very convincing,” said Trevor, patting her on the head. She slapped his hand away unceremoniously.

“Do you think he’ll go on his mission?” asked John.

“Do you want to follow him and see if he does it?” asked Sarah.

“That should be good for a few laughs,” said Trevor. “Then we’ll tell him tonight we set the whole thing up to see the look on his face.”

“Ooh, that’ll be good,” said Sarah, rubbing her hands together in delight.

So, the three friends staked out the front of the hotel that morning. Around 9:00 a.m., they saw Jim come out and stand at a bus stop near the hotel. The plaza was just a few miles down the road, an easy and quick bus trip. They hovered nearby, keeping some distance. When they saw the bus coming, they waited until Jim got on the front. Then they slipped toward the back and got on the bus through the rear doors, and sat down.

In a few minutes, they reached the plaza and Jim got out. The others darted out the back doors, and blended in with the morning crowd. They watched from a distance as they saw Jim go into a flower store. He emerged a few minutes later carrying one red rose.

“We are some evil geniuses, aren’t we?” said Sarah. “I almost feel sorry for the guy.”

Jim had his flower, but he needed his man with the black suit and red hat. He walked around the Plaza for some time, but did not find anyone. The friends were beginning to worry. The joke would be so much better if he got yelled at or slapped by someone.

After about half an hour of walking around aimlessly, though, he did find someone who fit the description, and they saw him go up to the man and hold out the rose. At first, the man didn’t seem to understand, and looked perplexed. But then the man motioned to Jim to sit down, which he did. The man seemed a little agitated, and often motioned with his hands.

“Do you have any idea what’s going on?” Sarah asked.

“No, unfortunately, I don’t read lips. And even if I did, we’d be too far away,” said Tom.

“Maybe the guy doesn’t speak English. Maybe he’s just going on and on in Portuguese and Jim is nodding like he understands,” laughed Trevor.

Sarah, Tom, and Trevor were sitting together at dinner that night when they saw Jim come in.

“Hey guys, what’s up?” said Jim, coming over to the table.

“Jim, we happened to be in the Plaza del Sao Marco this morning. We saw you walk up to some guy and hand him a rose, and then you two seemed to be having a conversation. What’s up with that?” asked Trevor, working hard not to laugh.

“Yeah, we went for an early morning stroll and saw you there,” said Sarah. “Do you know that guy?”

“You can tell us, Jim, whatever it is,” said Sarah, with a barely suppressed giggle.

“Well…” Jim seemed to be debating within himself what to say. “All right, I’m going to tell you something, even though you’ll think I’m crazy. The Blessed Mother appeared to me last night. Yeah, I know, that sounds crazy, but it’s what happened.”

“Are you sure you weren’t dreaming?” asked Sarah.

“Well, I thought maybe I was,” said Jim. “But something happened at the Plaza that makes me think I wasn’t. The Blessed Mother told me to go there and give one red rose to that man. After I gave the man the rose, he told me that his wife had died three days ago. She was a fervent Catholic, while he had been an unbeliever all his life. Before she died, she told him that she would ask the Virgin to send him one red rose three days after she died as a sign that she was in heaven and that he could join her there if only he believed. So I guess the Blessed Mother chose me to give him that rose. Sort of like a miracle.”

The three friends sat there saying nothing, just looking at each other, not knowing what to think. After a minute, Jim said, “Well, I’m going to get a drink. I’ll be right back.”

When Jim left, Sarah said, “Do you think we should tell him that the Blessed Mother had nothing to do with it? That it was all us and no miracle.”

This story is based upon actual events. While on a Fatima pilgrimage with the late Father Robert Fox, a group of young people really did hatch a plan to convince a boy that the Blessed Mother appeared to him. It occurred to me that Our Lady could use such a plan for her own ends, and the story was born.

There are few places in the world like Fatima. The presence of the Virgin is so strong there, it can feel like her appearances never stopped. The people who come are so glad to be there, so filled with religious fervor, that it is easy for anyone to be swept up in the emotion. It is a place where believing in miracles is easy. Not believing is the hard thing.