All Through the Night | A Poem 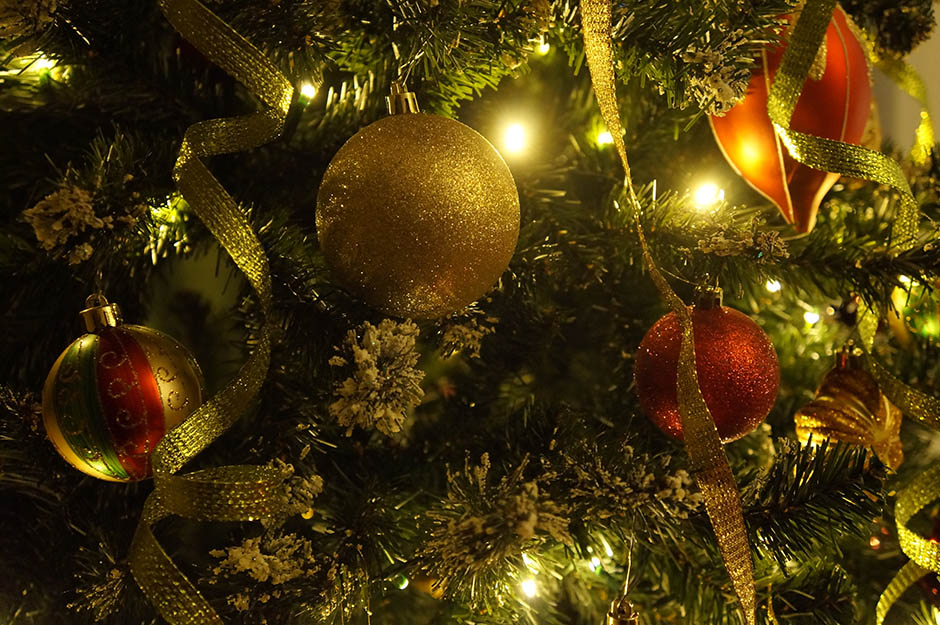 Honorable Mention in the 2016 ‘Basket of Cheer’ Contest | Grade 9

The wind is gently howling, against the windowpane,
And snow is swiftly piling, gathering in the lane.

A cheery fire crackles in the fireplace,
Christmas decorations adorn every vacant space.

But outside in the alley, where it is dark and cold,
Sits a beggar boy, with little wares unsold.

His body is barely covered by the rags he huddles in,
How terrible Christmas Eve for this lad has been!

Walking home, a kindly man sees the sufferings of this boy,
And pauses to think of the season, and of Christmas joy.

Making up his mind, he beckons to the child,
Invites him into his home, out of the storm so wild.

Timidly the boy approaches, and gives the man his hand,
The footsteps of the lad leave blood in the snow and sand.

Saddened by the sight, he took him in his arms,
Then hurried home, to a house filled with cozy charms.

When he got to the door, his wife took the lad,
Cleaned him and clothed him, he was no longer sad.

The man asked his name, he said he was called Tim,
With a smile, the man replied that he was Mr. Jim.

His wife stuffed them both full of good, warm food,
Then led them to the fireplace, so they could sit and brood.

He also said that his son was gone, and could not hang his sock,
But if he wanted, Tim might, beneath the mantel clock.

With a grin, he complied, and hung the little thing,
Then the clock announced the late hour, with an echoing ring.

“Now off to bed, young man, and perhaps Saint Nick will call,
But if you’re stirring or still awake, he will leave nothing at all!”

Tim climbed into the bed that was waiting, in the vacant room,
Soon the master and missus retired, the house was as still as a tomb.

Tim dreamed of Saint Nick, but Mr. Jim dreamed a dream,
Of his son, who had died, it made his tears flow like a stream.

And when he awoke, because of its pain, he thought of the boy he had found,
Jim resolved, with all his heart, to keep Tim, safe and sound.

Perhaps, over time, Tim would help him forget,
The sorrow of his dead son he so often met.

He decided, then and there, to treat Tim like the son he had lost,
No matter the trouble, no matter the cost.

In the morning, Tim awoke, and ran to peek at the tree,
Presents were waiting, the stocking was full, both as real as could be.

Mr. Jim arrived as he opened the first, tearing paper with a smile on his face,
Later they sat down to a feast, the table no longer had an empty place.

As they sat by the fire that night, Tim embraced Mr. Jim,
“This was the best birthday I’ve had,” he whispered to him,

“You’re birthday? For that I’m glad,” he said, hugging Him tight,
At that, the Boy was enveloped in a glow and vanished from sight. 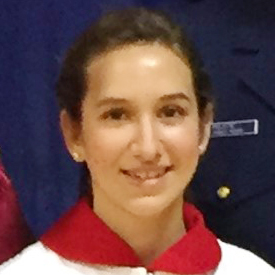 Hello! My name is Abigail Pulatie. I am a fifteen year old homeschooled military brat. My father is a lieutenant in the Coast Guard, and as soon I can I will be joining the USCG as well. I've moved seven times so far and have used the Seton curriculum for all my educational years. I am the oldest of seven children. I enjoy lots of activities such as: writing, drawing painting, baking, swimming, four wheeling, and I love to read. Tom Clancy is my favorite author. My favorite color is blue. I collect rocks, coins, and stamps. I don't really do sports, because we move so much, but I participate in regular karate classes. Texas is our home state. I would like to say thank you to Seton for the wholesome learning program and the opportunity to publish my work.