I Carried the Woman Who Wore the Sky 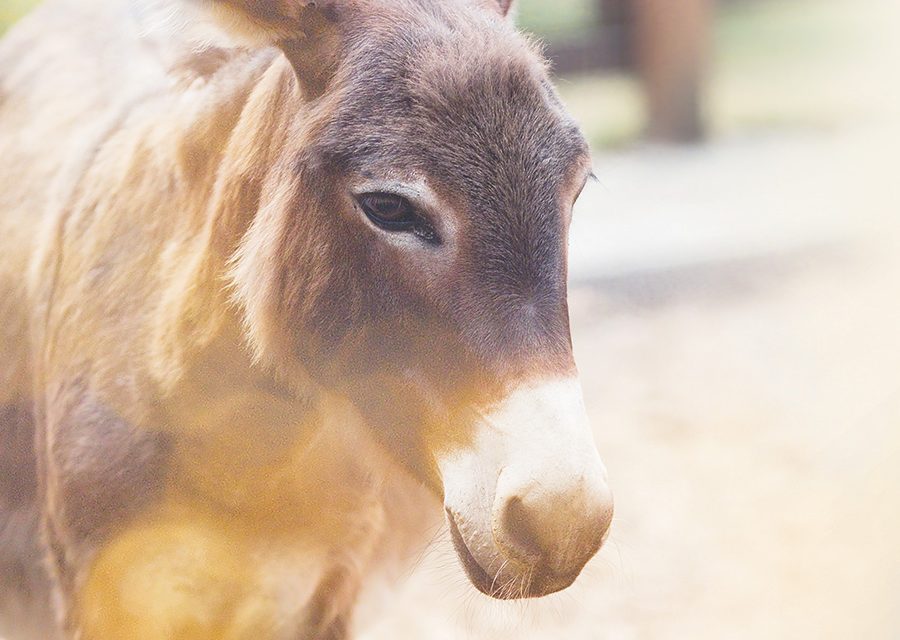 In the coming Christmas season, we look forward to sharing the honorable mentions with you!

Cracks crisscrossed my hooves, and pain seized my back every time I stumbled another step. The kind man walked wearily ahead of me, leading me forward. He glanced back again to murmur a word of consolation to the woman on my back. The words had a calming effect although not meant for me.

I plodded on, placing one hoof in front of another. I could not fail. I knew that. The kind man was counting on me to bring this woman to the small village in the distance. I would never disappoint him. He was all I’ve ever known. From the moment I opened my eyes at birth, the kind man had been gazing at me with his gentle eyes. His gaze made you want to do anything for him. I would continue for him.

The girl on my back was a cause of great puzzlement and contemplation for me. Throughout my young life, I had never seen another human except the kind man. When he appeared in my stall one day, holding the hand of the delicate girl, I had been confused. But I had accepted her as a rider without complaint. The kind man asked me to do it, so I did.

I had many questions though. Why did the girl accompany us? Did the kind man want companionship on this long journey? But wasn’t I his companion?

The quiet girl wore a garment of the softest blue. I had never seen a color like it. The kind man had never worn anything like it. He had always worn a rough robe the color of the earth, like the one he wore now.

After much thought and deliberation, I concluded that she must be wearing a piece of the sky. The conclusion was the only one that made sense. If that color only appeared in the sky, the girl must have somehow taken a piece of it to wear as a covering. This incredible feat increased my respect for the unassuming girl. She must be a very great lady if the sky gave up part of itself for her.

When the journey dragged longer, I often amused myself by looking for the spot in the sky where she had taken a piece. I wasn’t sure what it would look like, but I assumed it would look cloudy and grey like when the sun hid, and the sky cried.

I had never understood why the sky had cried, but maybe I had found my answer. Perhaps the sky wept for its lost piece. Maybe it needed that piece to complete its happiness, and it regretted giving up a piece of itself.

The girl seemed to be pregnant, which was another cause for my concern. She was little more than a child herself; was she ready to be a mother? I could feel what she carried. It was a Sacred Presence, one I could have carried for many days, even years if I had to. Although it was probably fanciful thinking on my part, I seemed to receive strength in my weary limbs when I thought of the Special Presence the girl carried.

A sound reached my ears, and they swiveled to catch it. I raised my head. We had reached the village. Finally. Our journey was complete. I heaved a sigh of relief and was amused to hear the girl do the same.

Once we entered the village, the kind man led us through the streets. Not a single thing, man or beast, could be seen. Everyone must have already gone in for the night.

We walked up to the door of a small inn. The kind man knocked, and an angry voice shouted from inside. The kind man’s expression became sad. I felt terrible. Had I done something wrong?

Could I have somehow displeased my master?

The kind man noticed my distress, and patted my head while speaking soothing words. My ears perked up again. I wasn’t the cause of his distress.

My master tried another inn. He knocked at the door, and we waited expectantly. No answer.

The wind whipped cruelly down the streets biting into my flanks with its many teeth. The girl I carried made a sound of distress.

I was worried now. I knew that mares in foal needed warmth and shelter when they gave birth. I had sensed a while ago that tonight would be the night the girl gave birth. But she needed a safe place to have her child.

The kind man walked up to another place, and knocked. He looked at the girl with hope in his eyes when the sound of movement from inside reached us. Could this be the place where we would be welcomed?

An old man with a caring face opened the door. My master pleaded for a place to rest. The man shook his head but gestured for us to follow.

The kind man helped the lady wearing the sky down. I took the opportunity to stretch my back, easing my sore muscles. The kind man led the girl over to a pile of hay, and arranged it into a comfortable resting place for her. I watched in satisfaction. I knew my master would make an excellent father.

Once the girl had been made comfortable, the kind man took care of me. He led me outside to the trough. When I had drunk my fill, he led me back inside and put me in a stall with hay to eat.
I chewed the hay contentedly, satisfied that I had not failed my master. An ox, who must have belonged to the old man, put his head over into my stall and watched me eat. I stopped chewing and greeted him warmly, breathing into his nostrils and accepting his breath. He was a very decent fellow.

Our pleasantries were interrupted by a soft wail. My eyes widened, and I hurried to check on my master and the girl wearing the sky. To my relief, they both appeared delighted instead of troubled.

I soon forgot about them though. I had spotted the child.

He was a beautiful little boy, with golden hair that seemed to be made of light itself. He seemed to glow even brighter than the stars overhead. I was captivated. I had never seen such a beautiful creature.

I sounded my approval, startling the kind man, the sky cloaked girl, and the little babe. The girl smiled at me, and brought her precious child over for me to examine. He looked at me with trusting eyes, and

smiled up at me. His eyes were even more gentle than the kind man’s eyes.

A warm feeling came over me, like eating summer grass in the sunshine. I saw so many things in the boy’s eyes: joy, hope, love, but also sadness. He seemed so happy to see me, yet there was an air of reservation about him, as if he knew he had a serious purpose. Maybe he had a kind man of his own that he didn’t want to disappoint.

The girl carried her son away, and I instantly wished she would bring him back. I wanted to look into his eyes forever.

She cradled him gently in her arms. I could see the great affection she already had for her offspring. I understood. I already loved the special babe too.

I began to drowse, but was rudely awakened by the arrival of a great crowd of people. Men smelling of sheep came pushing and shoving into the stable making it quite crowded. They all talked and gestured excitedly pointing to the golden haired infant. The kind man and the girl who wore the sky looked frightened. The girl pulled the newborn closer to herself, protecting him.
One of the men said a few words to my master, and he relaxed. I relaxed too. If the kind man trusted these strange sheep smelling men, I would trust them too.

My ox friend in the neighboring stall was not faring as well. He had backed himself into a corner and was bellowing his alarm. I quickly breathed in his nostrils to calm him. It seemed to work because the wild look left his eyes.

After much gazing and gawking, the strange group of men left the stable. The girl resumed tending her baby, while my master watched over them both protectively.

I wondered if there would be any other groups of strange people coming to see the special boy. I soon became drowsy again and fell asleep.

Hours later, a sharp, bitter scent entered my nostrils. I opened my eyes, and saw three men wearing richly colored robes. They knelt before the newborn and offered him gifts. One of the gifts was the scent that had irritated my nose. I tried to blow the scent as far away from my nostrils as possible, and moved to the farthest corner of my stall. The scent was less powerful here.
I eyed the strangers warily. Were they here to see the child too? The idea of strangers entering my stable would have worried me any other time, but I knew tonight was special. Tonight a very special child had been born.

I looked out at the night. The very sky celebrated the birth of the small child. The stars above seemed to almost dance. One star shined particularly bright, casting soft light on our resting place. I wondered if they knew the significance of the night. I know I did.

A very Special Creature had been born tonight, one that might even change the world. The golden haired boy was so important; the strange sheep smelling men, the richly garbed men, and even the very stars had gathered to celebrate him. It was a night holier than any night to come. And I had been there to witness it. 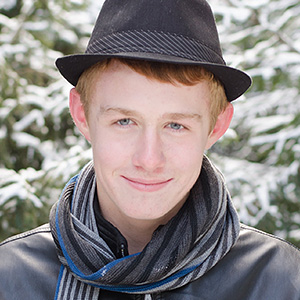 An avid reader and prolific writer, John is smack dab in the middle of seven children. As a junior, he is busy taking college prep tests and trying to figure out what he wants to do with his life. He recently completed a 50,000 word novel for National Novel Writer’s Month this past November. John is very musical and loves to play the piano and sing in the church choir.