Life As a Missionary/Pilgrimage in the Year of Mercy 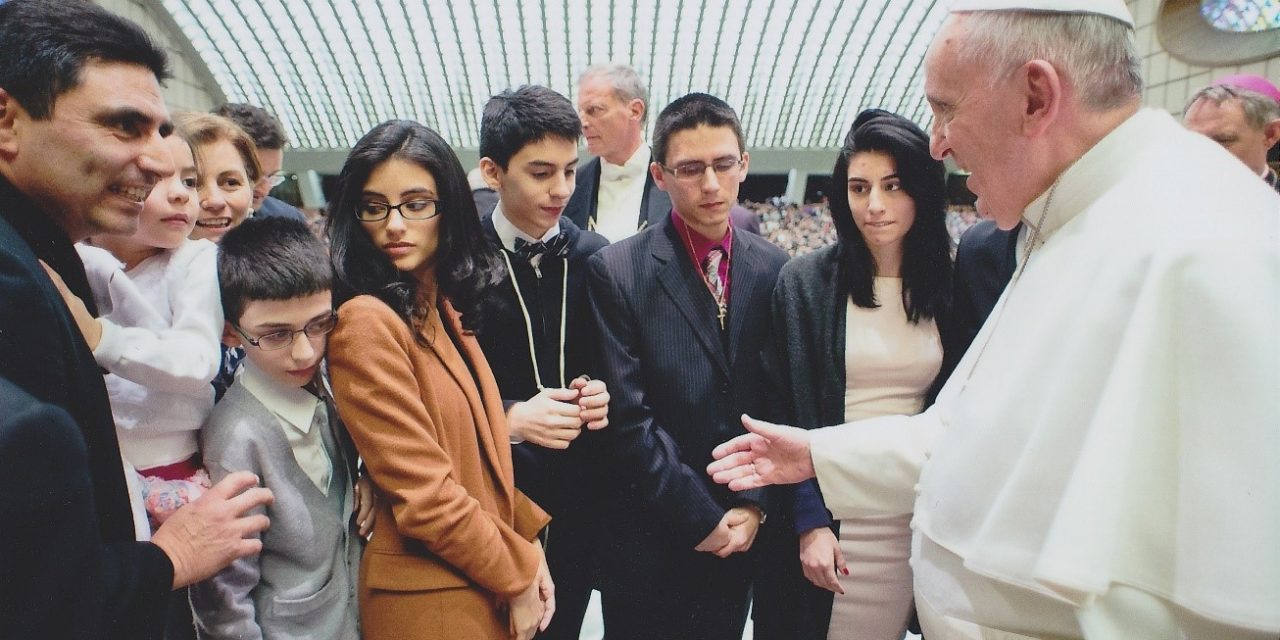 Greetings to everyone reading this article!

My name is Pedro Jose Gomez Flor, and I am currently fifteen years old. As of now I live in Chiangmai, Thailand, as a Catholic missionary.

There is much to explain about how God made this happen for me. Before I was born, my parents and four older siblings were missionaries in the jungle in Ecuador.

Then my father got a sickness that needed treatment in the United States, so my family moved to New York, and where I and three other siblings were born. I were raised my whole life in New York, the city of wonder, lights, and life.

This all changed in January, 2014, when the Catechists of our prayer group asked my parents to represent the family in an enormous meeting. They asked if we were willing to be missionaries in South Africa!

What a moment it was when my parents came back home and told all of us! I could see the excitement in everyone’s eyes, even my older siblings, but on the inside everyone felt uncertain.

After this, my parents had to go to Rome, Italy in February of 2014. They went to Vatican City to receive a very special blessing from Pope Francis. But then God shifted the tides and made an even better place for us.

The leader of our prayer group saw that the bishops needed families for their countries in Asia. Only by the power of God were we taken out of the mission to South Africa and put into the mission in Chiangmai, Thailand!

Our parents immediately called my older brother, and then I was sure that all of us were certain about this.

We were the happiest I have ever seen! It took us a year and a half to prepare everyone, and to take the flight to Thailand. As for me, I was so eager to go be a missionary! I’ve never had that feeling before.

We arrived in Bangkok, Thailand around midnight on September 4th, 2015 (Bangkok time). Just being in Bangkok for four days was a really fun experience. We were able to see many sites, including the city of monkeys!

Then, on September 9th, we took a morning flight and arrived in Chiangmai, Thailand, and where we were gladly met by the priest of our team. 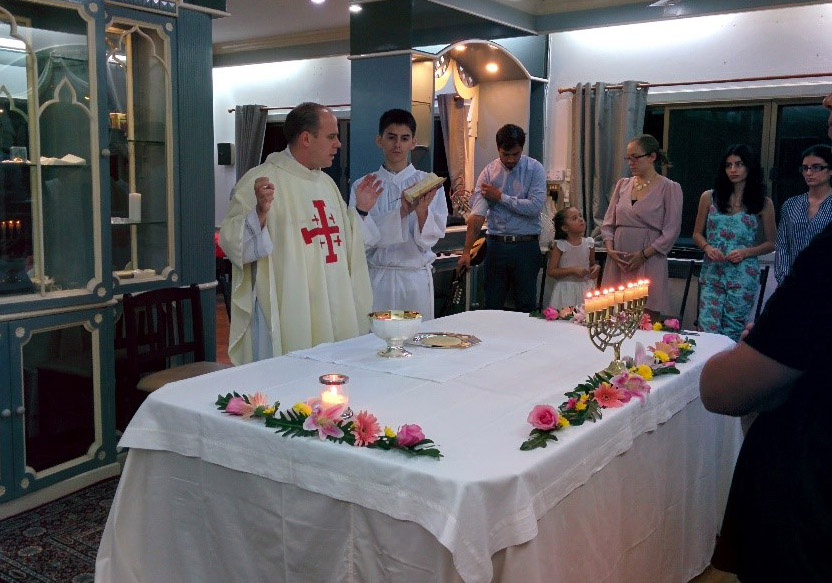 The first months of living in Chiangmai were very calm. Thailand in general is a very calm and peaceful environment because of its culture. Adjusting to Chiangmai was a difficult process for me.

Since Thailand is on the equator, it is always warm, and there is only a one-week cold drift that passes Thailand. The food is very different. A very well-known type of food is pork with a sweet sauce and sticky rice, along with many soups, and other dishes. 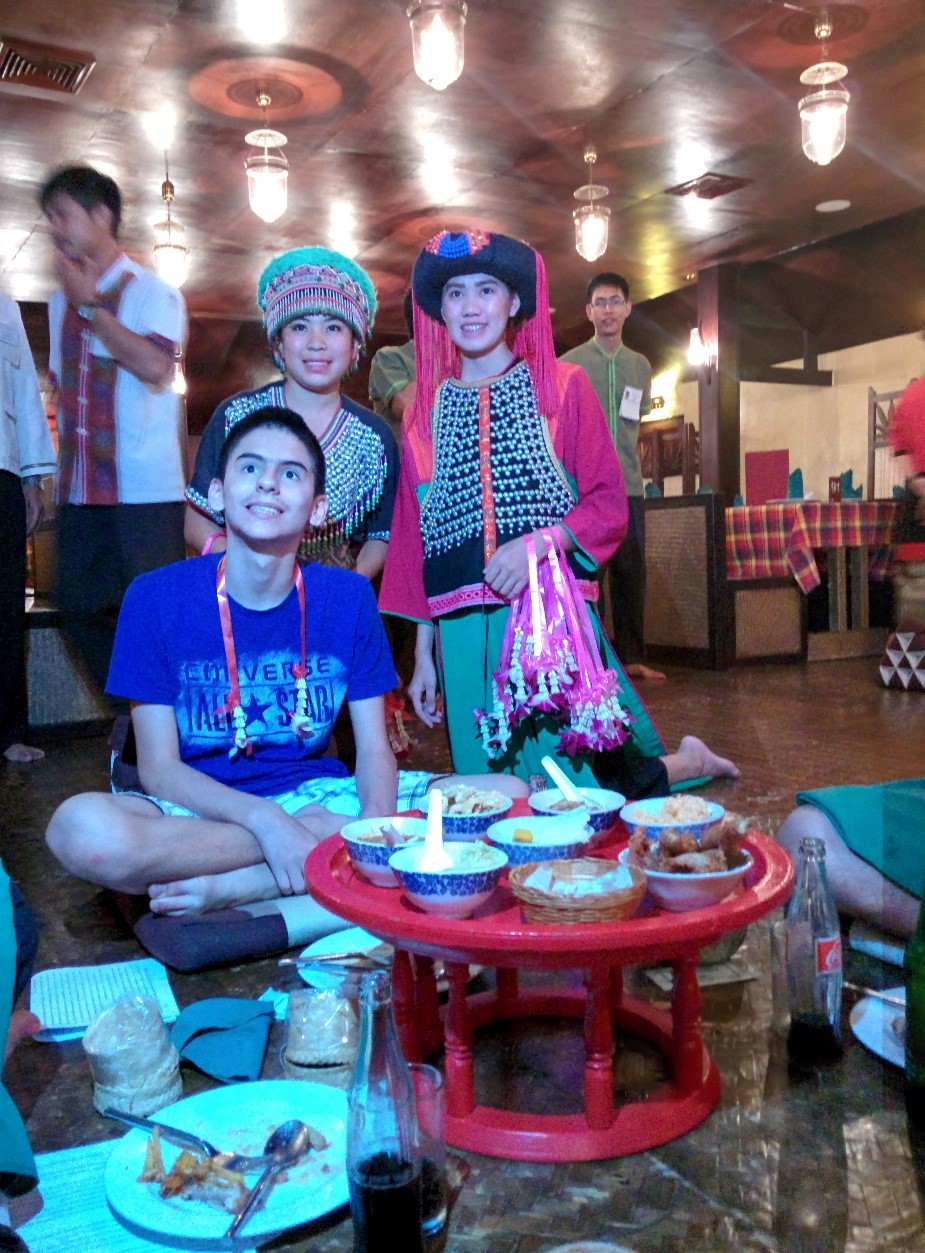 Then there is the language, Thai, which is one of the most difficult languages to master in the world today. This language revolves around tones. Depending on which tone you make (high, low, falling, rising, middle), the word changes.

This has been very difficult for everyone in our missionary team, but for some reason I am very fond of the language, and am learning faster than anyone else in my team, even my younger siblings who have faster minds. This, I felt, was a miracle from the Lord.

In terms of evangelizing, it is quite a challenge. Our Bishop (Francis Xavier) wants us to preach in the mountains when we know Thai. The Catholic Council in Thailand can be very strict as to where any missionary group can evangelize. 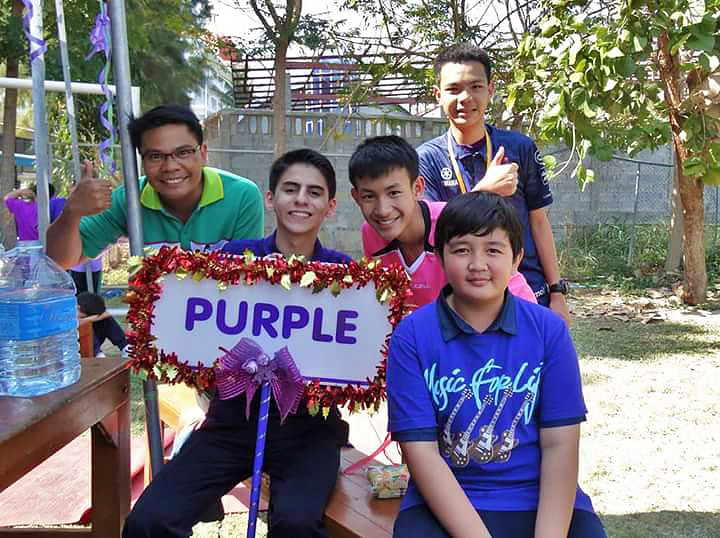 But I think God has a plan for me and will show me and the mission the best way to preach his word. The point of our specific mission is to just profess the word of God. We don’t expect to convert many people. We just want them to know that the Lord exists in all their lives and their obstacles.

Today, September 9th,2016, is a special day for me. This means I have been living for one year in Chiangmai, Thailand. This already is a miracle from the Lord.

I thank everyone who has read this and I hope this touched all your hearts in one way or another.