The Park Bench | A Short Story by Natalie Pratt 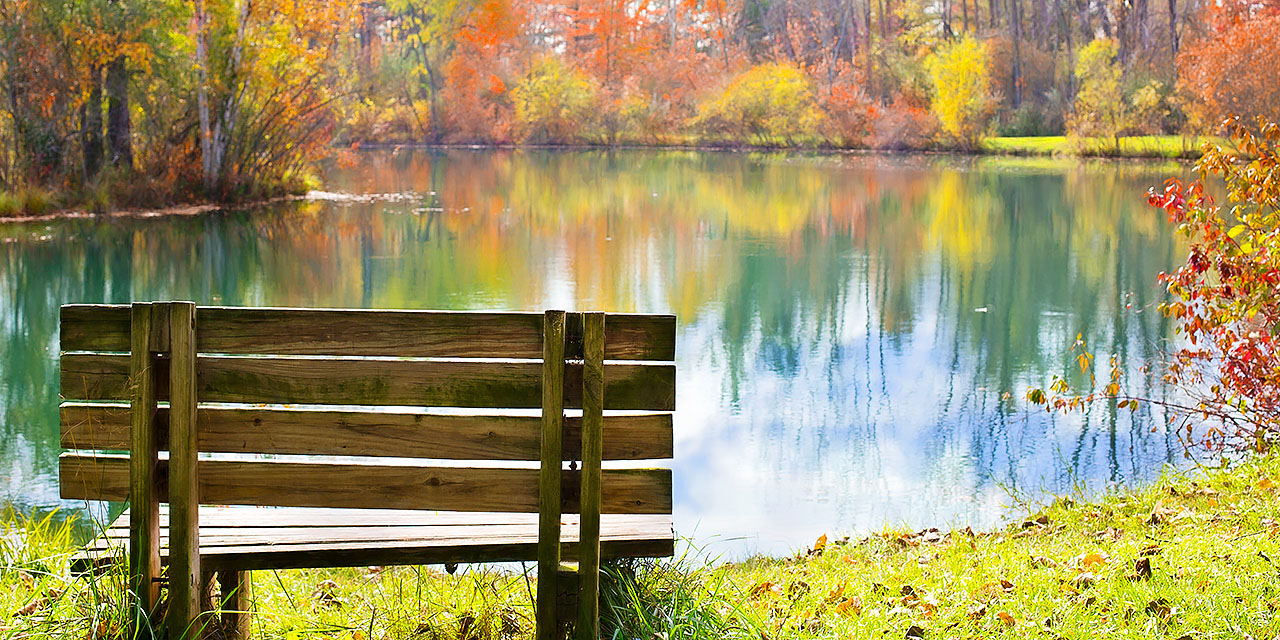 This story was submitted for the 2015 Winter Quarter Short Story Contest. While it wasn’t a finalist entry, the judges enjoyed it, and felt it merited being shared with the community. Congratulations, Natalie!

The old man sat on the park bench waiting. His face was lined with sorrow, and his shoulders stooped with despair. It seemed as if he noticed nothing. His beloved wife, Dora, had died nearly a year ago, and his life had lost all meaning without her by his side. “I will always be with you,” she had said. But the old man could not see her. He was all alone.

The old man was indeed alone. He spent most of his lonely days inside the solitude of his own home. His son had insisted on the old man taking a walk with him, so there sat the old man waiting for his son.

The old man had come early for there had been nothing else for him to do. He sat looking at the beautiful park, but, no mater where he looked, everything made him long for his Dora. He could not help but wish that he could die and be with his Dora. Life was a miserable prison to him.

The park was scattered with people strolling in the beautiful spring air. Tears welled up in the old man’s eyes as they fell upon a blissful young couple walking hand-in-hand along the pathway.

“Ah! Dora! My sweet Dora! We were once young lovers. Where did the time go?” the old man thought.

When the couple passed his park bench, the pretty young lady smiled at the old man. She stopped and gently handed him a flower from her small bouquet which obviously had come from her companion. The old man smiled at her through his tears. But, when they had left, the old man broke down into sobbing.

Suddenly, he felt a hand upon his shoulder.

He thought, “That smell! Why, Dora must be here!”

A flood of memories came over the old man. He straightened up, and there stood a mother with her child.

“Are you alright?” she inquired kindly.

The old man nodded weakly. The mother spotted his tears.

“Oh! Don’t cry,” she said offering him her handkerchief.

It was perfumed with the very fragrance Dora had once used. The man felt a lump forming in his throat.

He managed to croak out, “Thank you.”

The mother said, “Oh, it is nothing. I hope you will soon feel better. I must be on my way, so good-bye.”

The man felt as if Dora had returned to him. He smelled the handkerchief; that was her scent. His loneliness was replaced by a deep feeling that Dora was somewhere near. His eyes searched the park for his dead wife. But, she was not to be seen. The old man realized what a fool he had been, and with this one disappointment, he was thrown back into his deep depression. He dropped his head into his hands and wept out of his loneliness.

After some time, he found the strength to sit back up. He wished his son would show up so they could get over with their walk. He just wanted to go back home.

The park had made him lonelier than ever. He nearly broke into tears again when he saw an elderly couple walking with their grandchild. She was quite a darling, waddling along between her grandparents and sucking a lollipop in her little mouth.

They came along the path, and as they were passing the old man’s park bench, the little girl came up to the old man and put her arms on his knees. Smiling up into his face, she offered him her lollipop with her unintelligible language.

The grandparents where about to take her away and apologize for the disturbance when the old man wailed, “What are you trying to tell me, Dora?”

The two grandparents were stunned.

After a moment, the grandfather said, “How did you know her name was Dora?”

The old man looked up confused. Then, his face changed, and he chuckled.

“Why, Dora and I are old chums, aren’t we sweetie?”

The little girl climbed up next to the old man.

The four of them had a wonderful time, and by the end the old man and little Dora were quite good friends. But, soon the old man’s new friends had to be on their way.

When they were leaving, the old man smiled and looked to the sky.

“You never did leave me, did you, Dora?” he said softly.

The old man, loosed from the slavery of sorrow, was full of happiness as he looked about the park. He noticed what a beautiful day it was, and smiled as he watched the people throughout the park. He was no longer lonely, for he knew he would never be alone. He was happy to be alive.

It was not long before the old man’s son came walking into the park. The old man stood up and left the park bench to walk with his son. The son was glad to see his father so improved by the outing in the park, and he congratulated himself on his fine idea. 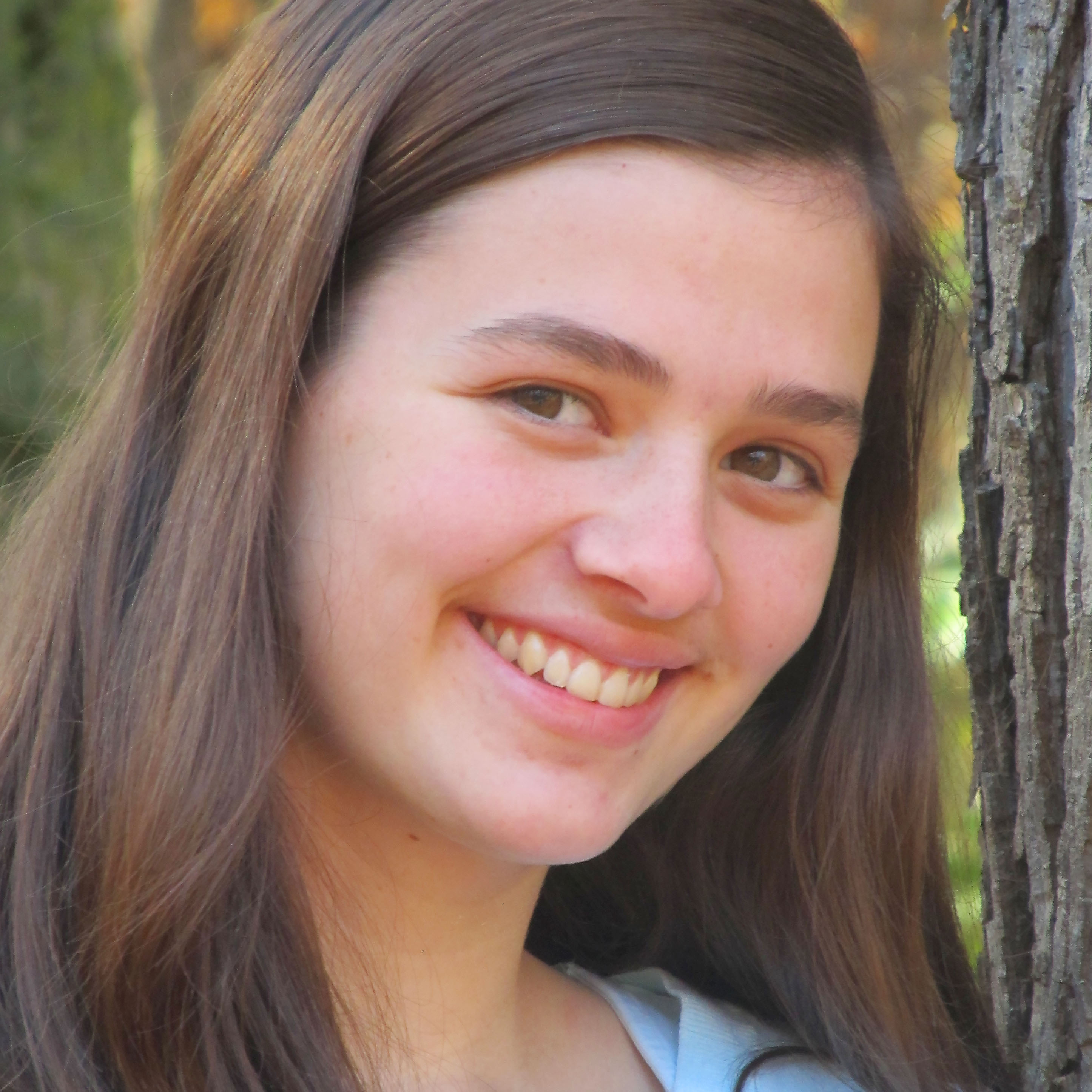 Natalie Pratt is a junior in high school from Niles, MI. She is the sixth of nine children. She enjoys art and music, especially singing in her parish choir. She loves sports and almost anything else competitive, so she is very excited to be entered in this short story contest.