A Search for Certainty | A Short Story by Stephanie Girod 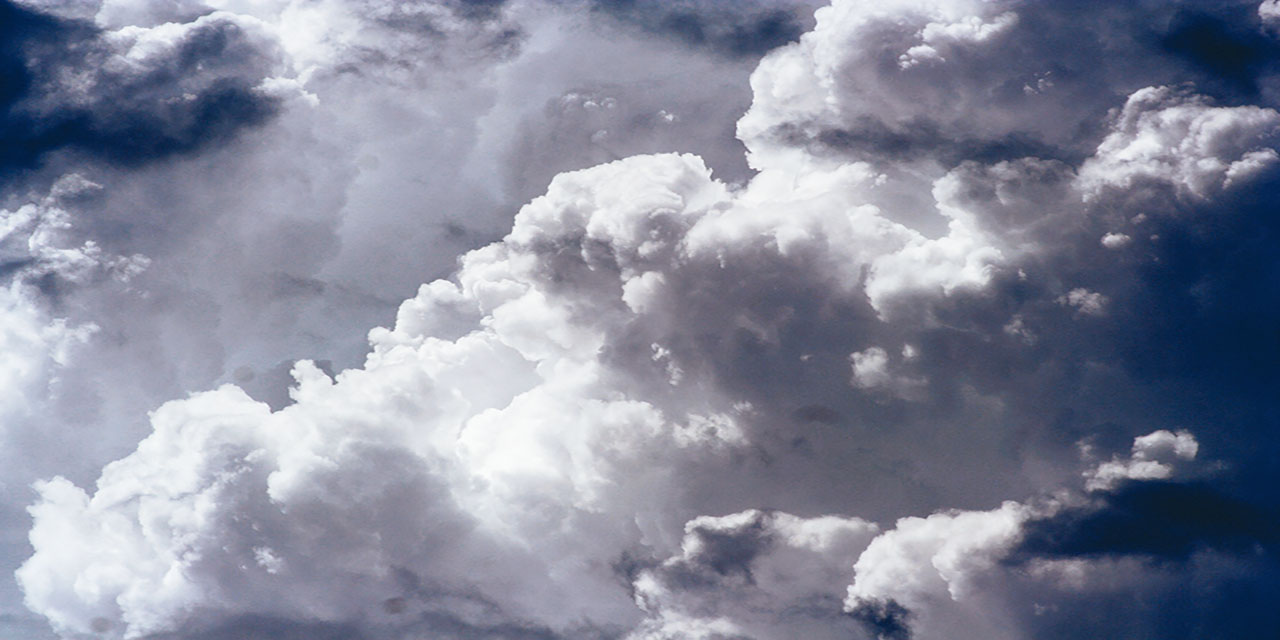 This story was submitted for the 2015 Winter Quarter Short Story Contest. While it wasn’t a finalist entry, the judges enjoyed it, and felt it merited being shared with the community. Congratulations, Stephanie!

The smallest coffins are the heaviest. The darkly clad figures before me, hunched as if under a large weight. But the coffin was small. It was carried through the bleak, cold church with a careful solemnity. Perhaps it was the sadness of the situation that weighed down on everyone’s shoulders.

It was peculiarly different from the many other funerals I have attended in the past. The funerals I witnessed before, were of those who died of an old age; nothing unusual or unexpected. True, there lay a respectful mourning in these cases; sympathetic but detached. Yet the quiet somberness was not as unnerving as it was with this particular funeral. Most importantly, it was not as strong, not as genuine as the raw misery that lay before me.

Every breath, every person, even the sad flickering of the church candles seemed to mourn this young life. It must have been the unexpectedness of it all.  It is a common knowledge imprinted on the mind from the earliest age. Those who are old are expected to die, and the funeral afterward, an excepted arrangement.

But surprises such as the scene before me are bitter and forced, staining the clean orderly pages of life. It contradicted the very meaning of life; to live when young and die when old.

Thus, the almost stunned sadness, that made even the most devout mind doubt the justice of God. It was just not right, a child so young to be so…dead. A child, whose very existence radiates life and promise. Death is but a far off notion to such an innocent kind.

Every person in the church seemed enveloped in a silent stupor, allowing themselves to be drawn by the magnetizing sorrow of the event. The only way not to get caught up with this, I realized, was to remain physically and emotionally unattached.

I stood there, among the dark crowd as a keen observer, for one is more observant when so close to death himself.

But now, deep in my thoughts, I hardly realized that it was now my turn to bid a last farewell to the young stranger. I looked down at the boy; his wispy blond bangs fell gently against his white forehead. He could be no more than four, yet now resting in a state of ageless immortality. If it was not for the stony paleness of his skin, I would guess he was only sleeping. He looked very peaceful.

Unconsciously, I glanced about the dreary surroundings.  The faces of the mourners were sagged, as if the gloom pulled at their skin, aging them faster. I glanced back at the resting boy. Somehow, he seemed the most alive thing in this sad world.

Though dead, the youth from his small face still struck me in a profound way. It was as if he were the last tree in a deserted world, providing the only oxygen.

I lightly kissed his cold brow, wondering how something so dead could be so alive.

I continued to wonder as sat on my chair, watching the rain slide down the window of my retirement building.  The senior home was no less dreary than the church, but that did not matter, for my days were numbered. My gaze shifted as the young nurse strode in, gently placing some water and pills on the table before me.

Noticing my intent gaze she stopped and smiled.

“What are you thinking about, sir?”

I could only stop and chuckle back. Unlike other nurses, who could care less on what an old man was thinking, she actually considered me as a human and not as a mere job. She was curious one, with a question always on her mind. But I did not mind; I enjoyed her simple presence.

“You have that pondering look in your eyes,” she insisted, taking a seat beside me. “Are you sure all those funerals aren’t tiring you? And I mean emotionally, of course.”

I smiled again. It was typical of her to change from one subject to another in an almost rushed way, as she wanted to have all the answers, all at once.

“It is my dying wish.” I told her simply. “I will continue to do if whether it tires me or not.”

This was true, attending funerals everyday did get exhausting. But such was my request. I asked the nurses to inform me whenever there was a funeral, so that I might attend.

Surrounding myself with death seemed to make me more accepting of it. I did this so that the idea of death, which scares almost every human, will not come as a sudden shock to me. I have already seen enough dead faces to almost gain acceptance of this simple fact; one must eventually die.

“I think that as an odd dying wish.” The girl said almost sulkily. I said nothing, feeling myself slowly drift back into my thoughts. But this girl did not enjoy silence.

“What will you ask God when you get to heaven?” She suddenly asked. “Do you have any questions for him?”

I looked up slowly. She immediately lowered her head, realizing the bluntness of her question.

“I do not believe there is one, my dear.” I said gently. “But if there was, I would ask him to give me back my pipe.”

The girl smiled. It was a well-known fact that I did not appreciate the no-smoking policy in the building.

“I believe there is a God.” She said, still smiling.

“Of course you do,” I said smiling back. “You wouldn’t have asked me the question if you hadn’t.”

I looked at her with affectionate amusement, “But tell me, little one, what would you ask him?”

Her face shone. “Oh! So many things! Like how he can create such beauty and how He makes everything count as something important. How he manages to have enough love to sustain us, even in our unworthiness.” She stopped breathless, realizing that she was rambling. “I must go now.” She said gathering some of my dishes. “But I’ll be back tomorrow.”

She stopped at the door, and said in a quiet, cautious voice, “I know you have a clever and thoughtful mind. Surely you must believe there is a God?”

“Perhaps,” She said slowly, “If you knew what happened after death, you wouldn’t be so scared of it.”

I did not answer so she continued, “Would you like me to explain it to you tomorrow?”

“No.” I said, my voice gentle but firm. “I will stick to what I originally believe in.”

“But you don’t believe in anything.” She said in a voice so quiet, I might have imagined it.

She turned sadly and left.

My thoughts, unlike hers, were far from religion. My memories drifted back towards the boy. How can someone so dead seem alive? This question unnerved me.

I kept asking myself with the same strong stubbornness in which my nurse asked her questions. I just needed to know. I recalled the boy, his eyes closed behind golden lashes, the gentle curve of his features, — and –and, what was it?

Something in his dead little body made him a thousand times more alive than all the breathing mourners in the church.

I felt the heaviness of sleep weighing down on my lids. I hated to go to bed with my thoughts drifting like this, but seeing that I could not fight the sleep, I dozed off with the conclusion that it must be his youth. This answer was unsatisfactory, but it was the only thing I could think of.

I found myself awoken in the darkness, cold sweat pouring down my equally cold body. I struggled for breath, but I felt as if I were being drowned in an icy lake. I let out a weak scream. Instantly, nurses swarmed my room, the light flicked on, blinding me. I wanted only one person by my side.

Almost as soon as I wished it the young nurse swept beside me, grabbing hold of my hand. I felt the heat from her skin radiating into my body, momentarily warming me. But something strange was happening; I felt myself grow more distant from her, even though she was right in front of me.

The strangest, yet painless sensation swept through me as if I were separating from my body. I willed myself to stay put, like an anchor. I was scared. Shivers ran though me, but not just from the cold. The hand around my own tightened.

“Don’t be scared.” I heard her say through my cloudy daze. For some reason I did not notice the bustle of the other nurses. Everything was silent. It was just me and her.

“Do you want me to tell you what will happen now?” She said in a reassuring voice. I stayed quiet.

“Please let me tell you.” She implored, her voice rising with urgency.

I stared back into her big dark eyes. I needed a way to thank her for her kindness, so I weakly nodded.

With one hand held fast to my own, and the other tenderly stroking the last remaining wisps of hair on my head, she said firmly,

“Death is a human notion for the end. But death is really the beginning of a new life, one spent in eternal happiness.”

Tears started to fall down her cheeks. “Please have faith.”

Even in my fragile state my thoughts went back to the boy. All of a sudden, it made sense. Such clear sense.

The boy, though dead, looked so alive because of the new life he was entering. He was so innocent that he surely deserved the happiness of a new life.  I must have seen the last traces of his immortal soul entering into a better place.

And instantly, I believed. Death was not the end. And there was a God, who kept a person`s heart beating even after death.

As the last beat of my own heart gave a final thump, I saw it. Oh, I saw it clearer than anything I saw before—An existence that was more alive than life itself. 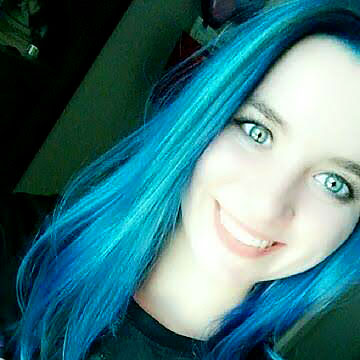 I am just a Canadian girl with a passion for creating beautiful things. I love the smell of new books, coffee and smoky campfires. A day dreamer and a night thinker, at times I like to pride myself as being a philosopher but in reality I am only an awkward teen. I’m quiet, I laugh at my own jokes, and my unspoken thoughts are strewn in rambling pieces of poetry. My words sound better coming from my hands than from my mouth. Never the less, I aspire to become a writer who helps heal a broken world with a pen, and enable my readers to rediscover the beauty within themselves and others.