What first comes to mind when you think of Elizabeth Ann Seton? You probably think, “Oh, she was the first American-born saint,” and maybe if you’ve ever been enrolled in Seton Home Study School, your first thought will be, “Well, her image is on the logo of my school.”

Unfortunately, what many people do not know about Mother Seton is the great spiritual journey she experienced while traveling across Europe and America. St. Elizabeth Ann Seton may not have fought dragons or converted nations, but she was a remarkable woman whose physical voyages in life mirrored her spiritual travels, all of which hold several important lessons for us.

Elizabeth Ann Seton, born in 1774, was the first native-born American to be canonized a saint.

Her father was a physician, while her mother was the daughter of an Episcopalian minister. In 1794, Elizabeth married William Seton, a businessman. They had two boys and three girls. Her marriage was happy, but William’s health declined. William and Elizabeth journeyed to Italy for his health at the invitation of his business partners, the Filicchi brothers. 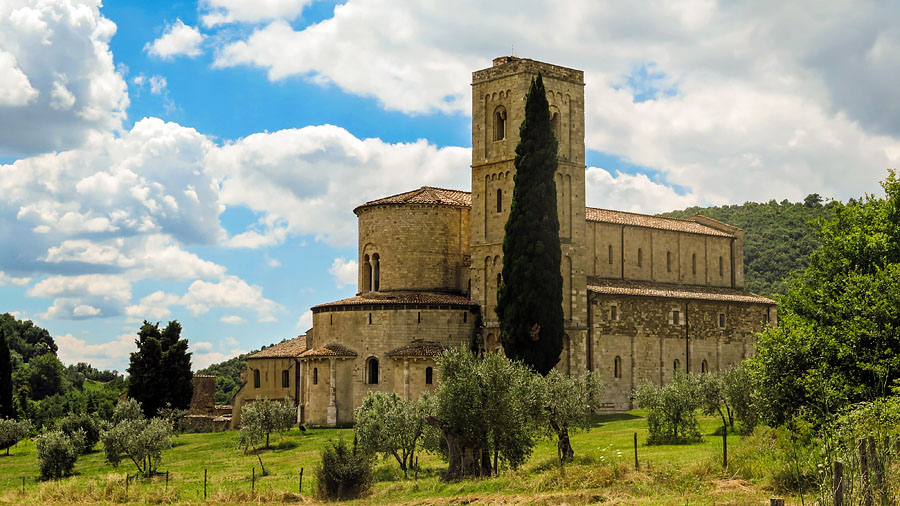 It was hoped that the Italian climate would improve William’s health, but he died soon after arriving in Italy. The Filicchi brothers and their wives—all devout Catholics—were very kind to Elizabeth. Through them, Elizabeth felt her first attraction to the Catholic Church. Up to this time, however, Elizabeth was a daily reader of the Scriptures and spent time in meditation and serious consideration of religious matters.

Elizabeth was impressed with the devout Catholic way of life and with the Catholic belief in the Real Presence in the Holy Eucharist.

When Elizabeth returned to New York, she opened a small school. On the recommendation of the Filicchis, she contacted Bishop John Carroll. It was not long before Elizabeth became a Catholic in 1805, in the presence of Bishop Carroll.

Many of Elizabeth’s Protestant friends were very unfriendly and even tried to block her way from entering a Catholic church. Her Catholic friends had to protect her at the church door.
Only four years after becoming a Catholic, Elizabeth took her vows as a nun in the presence of Archbishop Carroll. She now became Mother Seton. Four other women joined her to become nuns in Mother Seton’s first community, which became the American Sisters of Charity.

A School for Girls

Archbishop Carroll then invited Mother Seton to open a school for girls. A retired sea captain purchased a farm for her in Emmitsburg, Maryland, which she and her sisters turned into a school. Mother Seton named the school St. Joseph’s Academy, which became the first parochial school in the United States.

Mother Seton, who was a homeschooling mother, had no college degree but evidently was a great educator. Her holiness and sincere desire to help children learn their Catholic Faith made her a popular success among the Catholics in the Emmitsburg area. 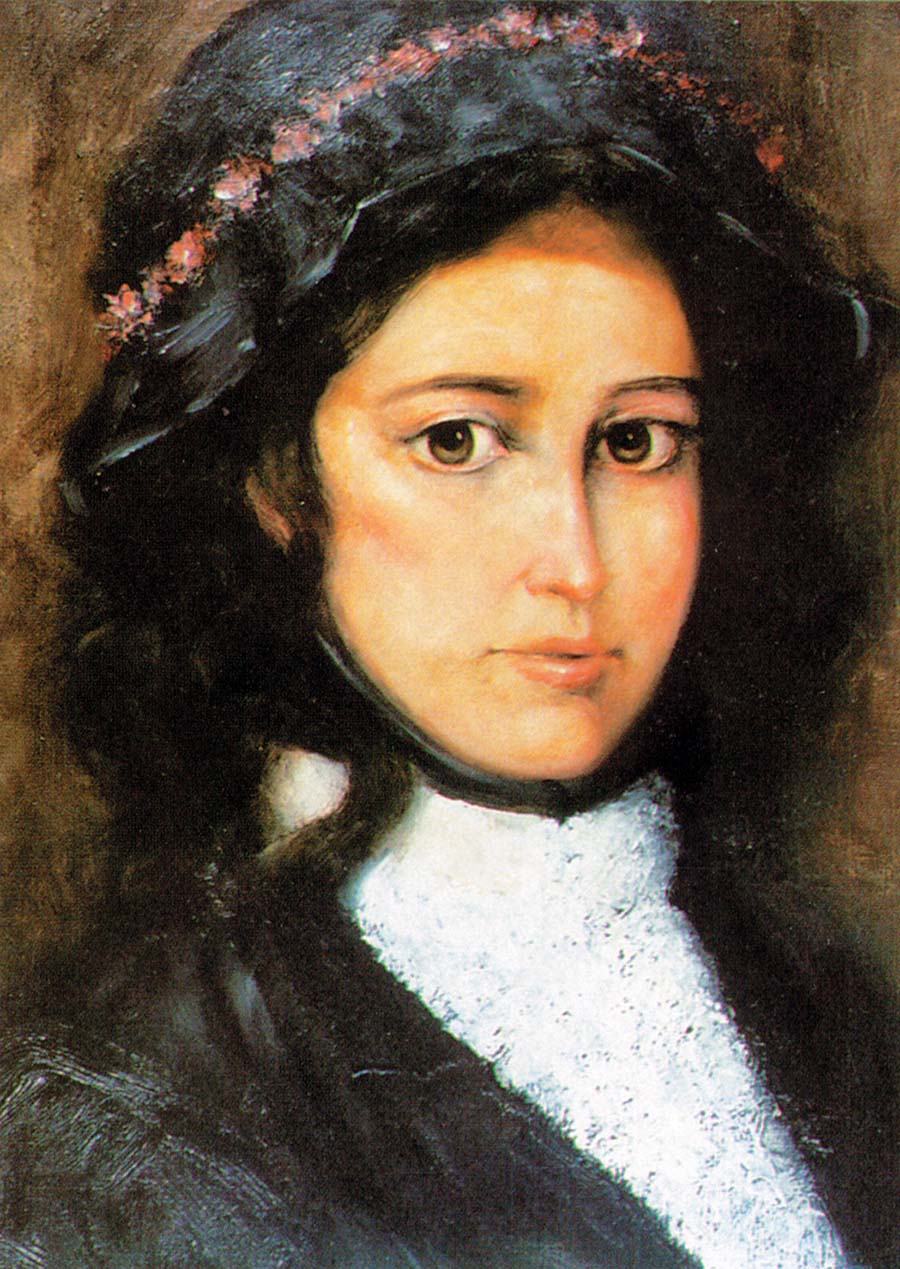 Parents were particularly impressed because, being a former Protestant who spent hours a day studying the Bible, Elizabeth was known for illustrating her teaching by quoting the Gospel, especially the parables told by Jesus. She told the parents that all she was doing was teaching, but God was doing the conversion in the hearts of the children.

Elizabeth’s life was not easy, and she suffered many sorrows and troubles. She watched her husband die of an illness. She worried about providing for her five children. She watched her daughter Rebecca die a slow, painful death from tuberculosis at the age of fourteen.

Her two sons were a constant worry because they did not follow Elizabeth’s Catholic teachings as they should have. Funds at her school were low, and it was often bitterly cold and drafty at St. Joseph’s Academy. She persevered every hour of every day because she had faith that teaching children was the work God wanted her to do.

In 1814, Mother Seton opened an orphanage and a free school in Philadelphia, two incredible endeavors for anyone.

Today, the communities of Mother Seton’s sisters number about 10,000 members, who operate many schools, orphanages, and child care centers. Her sisters have convents in Canada, Bolivia, and Japan as well in the United States. Various communities of Sisters of Charity are carrying on their work throughout the world.

One might ask how one woman could accomplish so much, but St. Elizabeth would say that she was working for Jesus and His Church. She knew what she was called to do by Jesus. She believed deeply in the teachings of the Catholic Church. She knew the Church was as solid as the Rock of Peter, and she based her work on a firm foundation.

Mother Seton was happy to be a nun and once described her convent rules as a “bit and bridle of gold.” Obligations were “reins of silk.” She did not count the cost. She believed every truth of the Church of Jesus, and practiced every value His Church taught. She did not pick and choose which doctrines she believed in or which virtues she would follow and which she would not follow.

Mother Seton was a saint because she was unconditional in her devotion to the teachings of Christ. She knew instinctively that being a wife, a mother, and then a nun were each a special gift.

There are many Catholic men and women today who are not rich in this world’s goods but believe strongly in the Catholic Faith. They are deeply committed to their spouses and children. They work hard and daily try to practice the virtues of the saints. As one priest said, “God sees your efforts and He will never forget you.” 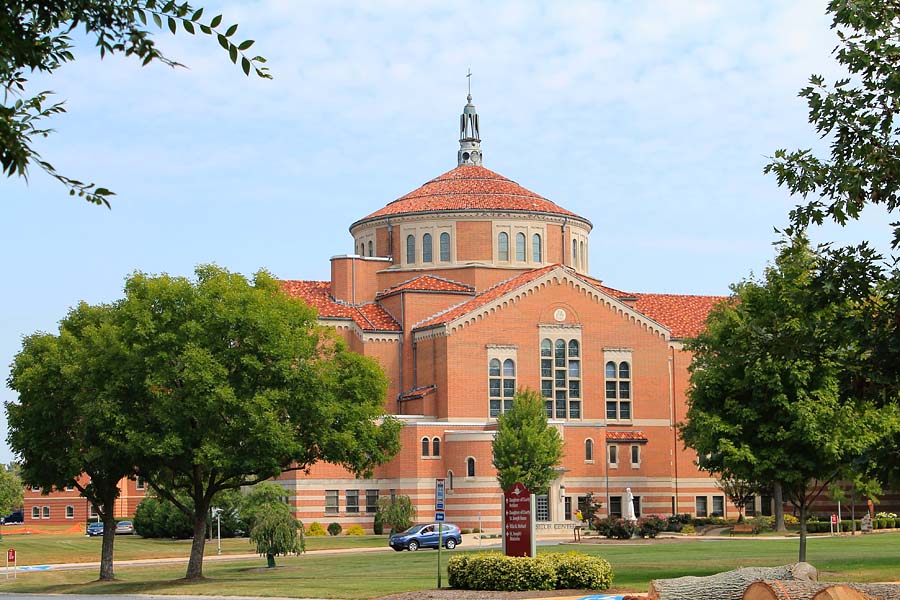