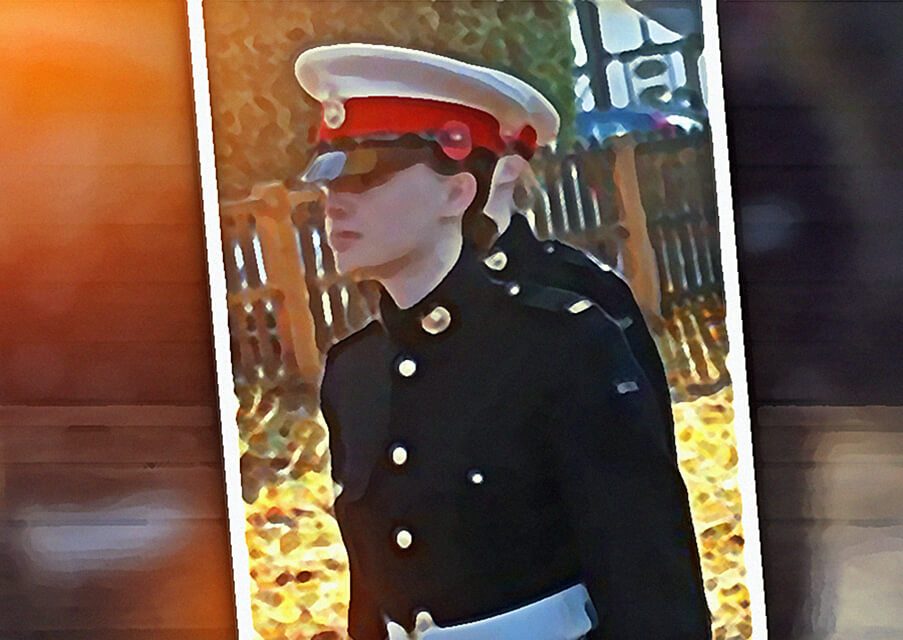 1. What makes your family unique to other families you know?

I think my family is unique because we’re so…. well random!

The amount of countries we are from, our history, our personalities, and what we love doing is so random! I’m the eldest child, nearly fifteen years old. I have two younger sisters, and a brother- who doesn’t stop talking WHATSOEVER! In a few weeks, my mum is going to have another child, which we figured out was a girl. This was a huge surprise to us!

I think we’re pretty random, because we’re from five countries- half French, quarter Irish, quarter English, and in our French side we have a little Algerian and Norwegian- so my seven year old brother thinks he’s a Viking XD!

On both of my grandparents sides, we’ve had a pretty military/police history. Half of my family was in the RAF, and my great grandfather nearly earned a Victoria Cross. But because of my great fear of heights I joined the Sea Cadet Corps instead- becoming a Royal Marines Cadet Lance Corporal with my dad as the Detachment Commander of our unit. My brother is our mascot!

My sisters and I do dance, whilst my brother does Rugby. -To be honest, we’re pretty random.

2. What is an average homeschooling day with Seton like for you?

I get up around nine-thirty every morning. To others, this probably seems a bit late. I do cadets two nights a week, coming home at ten every night and dance the rest of the days, so I need that slight lie in.

I usually start my work after my mum and the others do. They don’t do Seton, because my mum does homeschooling which she teaches herself. I’ve always been homeschooled, but I started Seton only in 2015. So far, it’s enjoyable!

Around lunch time, we all go outside for ‘fresh air’ as my mum says. It’s a habit we’ve had since I can remember. After an afternoon’s schoolwork, I either go to dance or cadets, or make dinner for my mum.

3. What’s something you have done that you really enjoyed doing?

Because we’re part of the Sea Cadet Corps, we do a HUGE amount of boating along with a HUGE amount of field-craft, stalking, ambushes, etc. There’s a huge range of boating we do, from sailing, kayaking, rowing, canoeing, power-boating, windsurfing, and sliding-seat-rowing.

I tried sliding-seat-rowing for fun one night, but then I realized that THIS was the water-sport I lived for. The thin boat in cadets is called a Yole.

I wanted to enter the Combined Regatta we do every year, so I partnered up and trained lots. We won District against ourselves (XD) and then made it to Area- which we didn’t win. I was so disappointed I was determined to do it again next year.

So last year, we won District against ourselves again, WON area, and came FOURTH at nationals! We know there was a mix-up with the medals, because we did win enough races to get bronze, but the judges didn’t see that. I accept it, and in my new partner’s heart and I, we know we’re third.

So if you ever get a chance of yoleing or sliding-seat-rowing, I recommend it!

4. What are your hobbies and interests?

I do three types of dancing- ballet, since I was six, tap dancing, and modern.

I also live to story write!

6. What do you hope to do in the future?

In the future, I hope to become a published author, (maybe a professional ballerina) and a police woman, to carry on my father’s side trait. ?

Are you a Seton Student?

Share what it's like to be a Seton student for you! Answer these 6 questions and send them in!