The Greatest Gift: A Chestertonian Perspective on the Meaning of Christmas 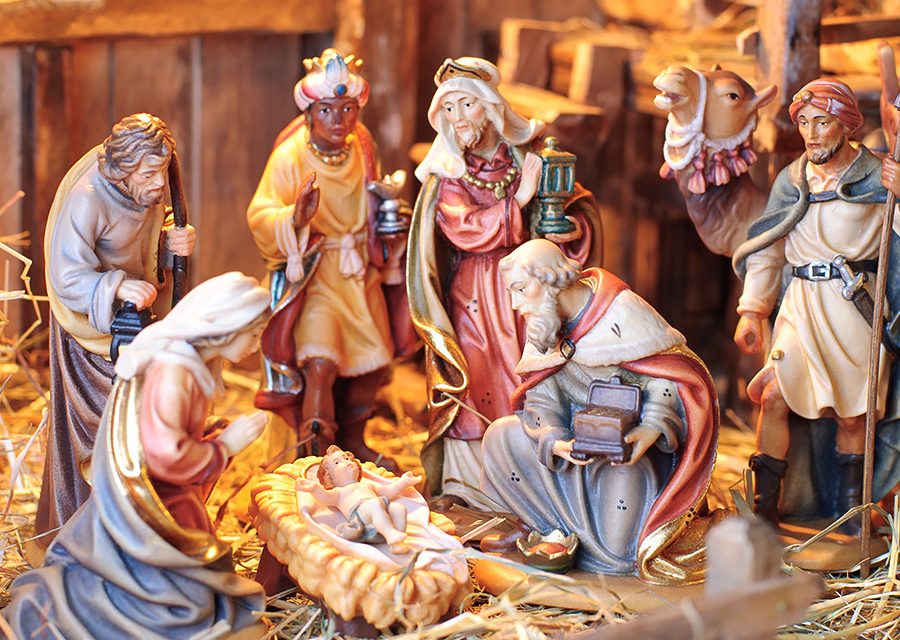 Christmas in our culture today is commonly associated with the giving and receiving of gifts.

I’m sure we can all think of some particular gift we received one year which stands out from all the rest, while many others slip out of our memories.

My best Christmas gift last year however was not something I received from family or friends, nor was it something I gave them. It wasn’t even so much a physical thing, and it took place in an aged care facility.

Good King Wenceslas looked out,
on the feast of Stephen…

It was the day after Christmas (the feast of St. Stephen) and my family, our cousins and another home-schooling family made our way to a Catholic nursing home, to sing carols to the residents.

We hadn’t picked that particular place at random, or because it was close by (the trip there was more than an hour) but because less than six months before our beloved Nana had passed away there in the care of the Sisters of Nazareth.

The last time I had been there was just after she had died, and of course, returning brought back many painful memories of her last days on earth.

The Sisters welcomed us with big smiles, happy to see us all back. We were then led to the first group we were to sing to. After singing a few carols we moved on to the next place. We performed for three different groups of residents in total.

It was while we were singing before one of these groups that I received the greatest gift of that Christmas.

As I looked over the audience of elderly men and women, many who may not have been visited by family or friends for a long time, and saw them singing along and smiling, some of the clouds of sadness I had been feeling due to my Nana’s death seemed to disappear and I felt a deep sense of joy.

Joy that I was fortunate enough to be singing these songs of hope and love to these people, many who may well have been feeling lonely for neglect, or depressed by their deteriorating condition.

And from the smiles on their faces I hoped that they we experiencing the same gift of joy that I felt. In the place where I had once been crying tears of sorrow, I was now smiling and singing songs of joy.

2. We Wish You a Merry Christmas

We wish you a merry Christmas,
and a Happy New Year…

This joy is something that all men and women, boys and girls, should feel when they think about the story of Christmas and what it means for us. Unfortunately, as I’m sure we all know, Christmas has become increasingly commercialised to the point where its true and original meaning is hardly ever mentioned or acknowledged in society.

People are even told not to wish others a “Merry Christmas”, but a “Happy Holidays” in case they take offence.

If you’re anything like me, it’s easy to get swept up in the business of the “Holiday Season” and to be so preoccupied with trying to decide what gifts to buy everyone that you barely have a chance to pause and truly consider the great gift that Christmas is to all of us.

In fact, the Christmas Season has become for many people a very busy and stressful time, instead of a time of peace.

“people are losing the power to enjoy Christmas through identifying it with enjoyment. When once they lose sight of the old suggestion that it is all about something, they naturally fall into blank pauses of wondering what it is all about.

Perhaps one reason for all this forgetfulness is the fact that the figure of the Christ Child in the manger has become too familiar, too familiar in that it may now seem to us to be rather ordinary, just another of the figures in the Christmas scene which come out every December.

In his book The Everlasting Man, Chesterton says that if something has become commonplace or ordinary due to being too familiar, we may benefit to try and look at it from a different perspective.

What if we were to look at this scene with new eyes and see it as if for the first time? What does the figure of the baby in the manger really mean?

Why lies He in such mean estate,
where ox and ass are feeding…

On first glimpse all we would see is a baby, wrapped in swaddling clothes and perhaps think nothing of it. But when we noticed that it was lying in a manger, a cow’s feeding trough, surely we would take notice.

What possible reason could there be for a baby to be lying in the place where the cattle’s food was usually placed?

Looking around we might see the mother and her husband, bending over the baby to shelter it from the cold of the night—for the young family are not at home or even in a public house, but the inside of a crude cave in the hillside which shepherds sometimes used as a stable. That would explain the manger.

Yet even as the scene begins to make sense, a group of shepherds suddenly enter and kneel down around the manger as if in homage to the child—and not only that, they exclaim that an angel has appeared to them and announced that this baby is to be “a Savior who is Christ the Lord.”

What if it were then made known to us that this baby was not only a Savior, but the Son of God, the Creator of the Universe come down from the Heavens and taking the flesh and form of one of His lowly creatures? And that by this Incarnation He would suffer and die for His people that they might be saved from their sins?

What would we see if we looked upon the baby now? Would it not send shivers down our spines to gaze upon the fragile form of a newborn baby, shivering in the cold and know that there before us lay the One who had spoken the world into existence?

And yet as a baby He cannot say a word.

Would it not cause us to fall on our knees and tremble to see that the One whose hands made the mountains and oceans, the moon and the stars, was too small to reach up and touch the heads of the cattle who towered above Him like giants?

Would we not bow in adoration before the love of a Creator who would come into His Creation to save it—not as a mighty king and ruler, born in a palace to lead conquering armies to force all men to submit to His Divine Will, but as a tiny infant, born out in the wild because there was no room for Him among the people He would die for?

And yet He still came, and He still died, whether or not they would accept Him.

At His birth He was proclaimed as a Savior, but His manner of saving was not one which any human mind would have predicted. When He had grown up, He suffered His passion and death to save us from our sins.

But the great hope which we celebrate at Christmas was truly realized on Easter Sunday, when the One who said, “I am the resurrection and the life; he who believes in me, though he die, yet he shall live, and whoever lives and believes in me shall never die.” (John 11: 25-26) conquered death itself and rose from the grave.

4. The Joy of Christmas

Joy to the world
the Lord is come...

So it was that as I sung of this hope and love of God to the residents of the nursing home that the thought came to me that perhaps my Nana was joining in with these songs before the face of the One who once lay in a cattle’s feeding trough because there was no room for him in the inn.

This is the hope that we should all carry with us. That if we take up our cross and follow Him, we too may rise from the dead and live forever. This is the hope which we celebrate at Christmas, the gift God has given to us of His very self.

I think this is more than reason enough to rejoice when December twenty-fifth comes around. Don’t you? 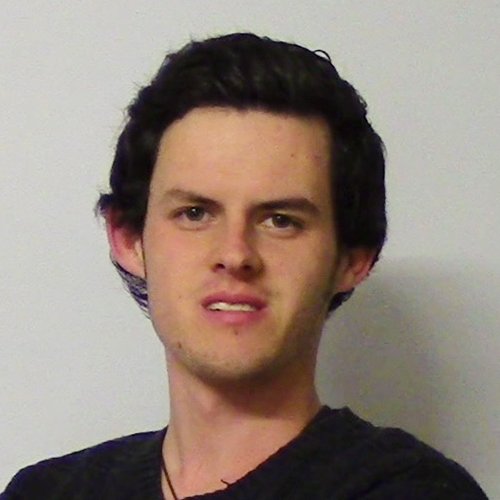 Andrew Murphy,Andrew graduated from High School with Seton in 2014 . He is the eldest of five children with a brother and three sisters. Some of his interests include reading, (especially Chesterton, Tolkien & C. S. Lewis), film making, bush walking/camping and writing – some which may be found on his blog; Thoughts for the Journey Thoughts For the Journey.He is also working on a short work of fiction (in the style of Tolkien's The Hobbit) which he hopes to publish by the end of the year.