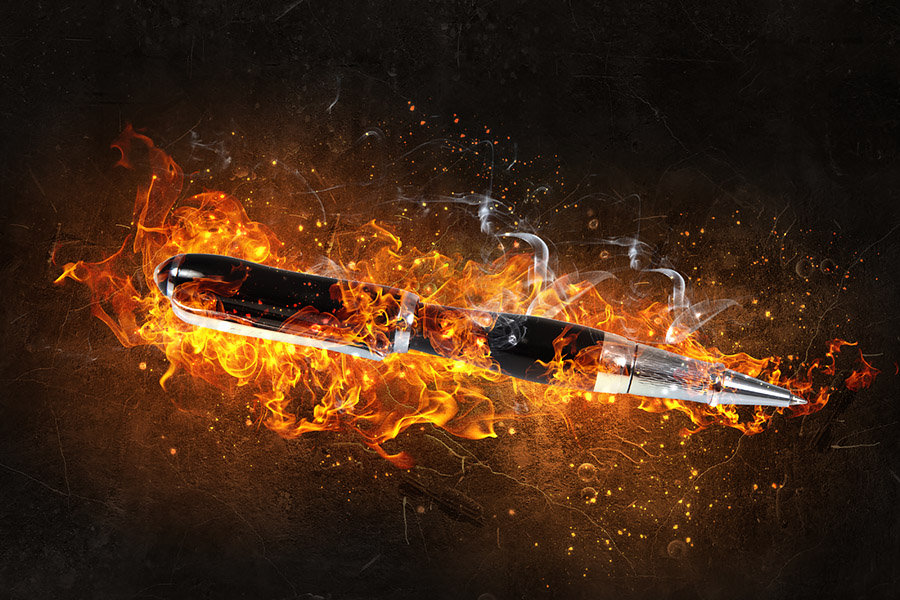 Charles Foyle is the Grade 12 Finalist for the Seton Summer Short Story Contest.

An educational institute for lesser devils, the House of Correction for Incompetent Tempters is located on a byway of deep Hell. The following pages were taken unedited from a manuscript, torn but legible, found kicked under a desk in the lobby. We have no intention of explaining how the papers fell into our hands. —The Editors.

I must protest the egregious way in which I have been treated. A soul has escaped me, I grudgingly admit, yet you must take into consideration the adverse circumstance under which I labor. The correspondence we exchanged during the patient’s period of temptation was more to be endured than cherished.

Perhaps, had all gone well, the effort would have paid off. The more fool I—on the verge of producing spectacular wickedness, I just had to listen to your directions on temptation! No offence, really—when one spends that much time at a desk job, somewhere deep in the Lowerarchy among the very cinders of Hell, one’s perspective is skewed.

I must tell you the backstory of my battle to capture the soul of a certain young moron in England, in the hopes that either you or Slubgob will change your minds and stop this asinine charade of sending me here for “Incompetent Temptation.”

Apparently you did not consider my first assignment important enough to offer any constructive criticism during the entire childhood of the patient I was dealing with. Perhaps you are too good to get your claws dirty. I attempted, using the standard parade-ground method of transforming into an angel of light, to teach him hygienic goodness. Remember how I properly adjusted the household.

Uncle was a modern archeologist, dry as the bones he studied. Grandpapa coveted, collected, and installed modern conveniences until the day of his most unfortunate attempt to light a gasolier with his pipe. It’s not often we get them down on our end pre-cooked.

Mum, that dear delicate swine, was a sweet sort of blend between Diocletian and Queen Victoria, and governess Lisette set a pious example to the young lad under her charge with her Balzac bound in her hand-missal.

But my best triumph was a few slight suggestions to the correct tempters regarding the patient’s father. Our own variety of domesticity had been established at last, fulfilling the ideas of some Down Here regarding the home as a domestic hell.

Dear ol’ Dad, that great tearful pomposity in tweeds, was an Aesthete in the school of his era, retaining the philosophy of the Green Carnation into the midst of the patient’s childhood during the jazz age.

Dogmatizing about art for art’s sake and carrying out the slightest tasks in a Wagnerian manner, Papa worked perfectly to stifle the artistic sentiments, and from there the religious tendencies, of the patient proper. It appeared to work well enough—the religious behaviors that started the patient’s downfall were at least delayed twenty-five years.

You remember his mother well. The last missive from Glubose said that she was safe in Our Father’s House, and that she was kept in the natural history department of the Training College as a curiosity of gluttony.

Her violent vegetarianism and the husband’s diligent decadence left the patient in a perfect state of confusion. I hope you recognize how advantageous this was, and give credit that I was able to do it on my own.

In one of your early letters you acknowledged that he did not think of doctrines as true or false, but in jingling jargon such as academic, practical, ruthless, conventional. That also was my doing. Argument merely entered in as an antidote against some perhaps inconvenient behavior into which he was falling, as he became more interested in his own chain of reasoning.

The works of the Philological Arm have been invaluable in diluting truth and falsehood in the humans’ perception, but perhaps you spent too much time in their office. The problem with humans is that they naturally go through a phase of ‘reasoning,’ as part of that useless hardwiring that the Enemy rigged them with.

You seem to have forgotten that it is part of our job description to twist these things to our own purposes. I simply wanted him to reason his way out of the Church, and planned to get him thinking that it could not be proved. (He always did respect science anyway.) You must have been very stupid to have forgotten the triumphs of the Age of Enlightenment.

Oh, I realize you and your behind-the-scenes scheming have stirred up some major hot water for me after that debacle with the patient’s Christianity. How ignorant and juvenile of you to deluge me with your blandishments about a Religious Phase. Quit burying your head in the coals and realize that, even when it is not a phase, it can be manipulated to a more advantageous end.

You forgot your own advice to me, that Spiritual Pride was an easy vice to get a Christian started in. Why not allow me to have continued warping his Christianity to a blend of that nasty faith and one of the more productive Causes I was working him into? He was developing mental disorders as a result of the rather efficient bombing the German humans were doing. I could have easily had him a Christian Pacifist.

You seem to have forgotten that the quality of a fallen Christian is definitely a grade above a garden-variety atheist or one of those insipid devil-worshippers we have been feeding on lately. Only the fallen holy fit the lowest of our already low standards.

Pride is the most robust vice I know of, unadulterated with the cloying aftertaste of the corporeal—pride, the only sin that could bring an angel down from heaven! I was set to get him fairly started in this, and you thwarted me.

And you never had the ability to recognize the work Glubose and I did on the patient’s mother. For our purposes, she was admirable! Glubose had her well in hand, and report told me she was a curiosity of ugliness in our Advanced Studies natural-history department, and on eternal display!

This gluttony could have been a handy thing, and I tried to pass this on to my own patient. For some reason it did not work out. This wasn’t a problem, really! I played the Generous Conflict Illusion to its fullest advantage. You sound like you thought I wanted them to be happy. Of course I did!

Screwtape, remember that you have been affected by the new notion that Hell should be advertised in an austere and forbidding manner. It is much easier to catch souls by convincing them that vice is jolly. When all is not according to their little plans, they let the sun go down on their wrath—and the darkness rises for us. Complacent prey is easy to catch.

Had I continued, without your bungling, the patient would have soon been exulting in a state of cold war with his mother, yet believing himself the author of a spiritual work of mercy. Those are the kind of souls we want. I could have had him—it was too close!

But no need to dredge this back up. Why did you impede me? You and Slubgob and your big ideas! No torture predicted shall sway me from my intention. They will not sway me. They cannot sway me. I am not here to fly at your bidding, as evidenced by the loss of a human soul thanks to your misinformation! It is not my fault! I—

(Here the manuscript ends. There was a staggering line and a smear of ink on the page as if the pen had been violently struck from the claws of the writer, and the papers had been crumpled and tossed aside. The overturned chair and the marks of claws in the floor as their unwilling owner was dragged to the Registration Desk tell the rest of the story.) 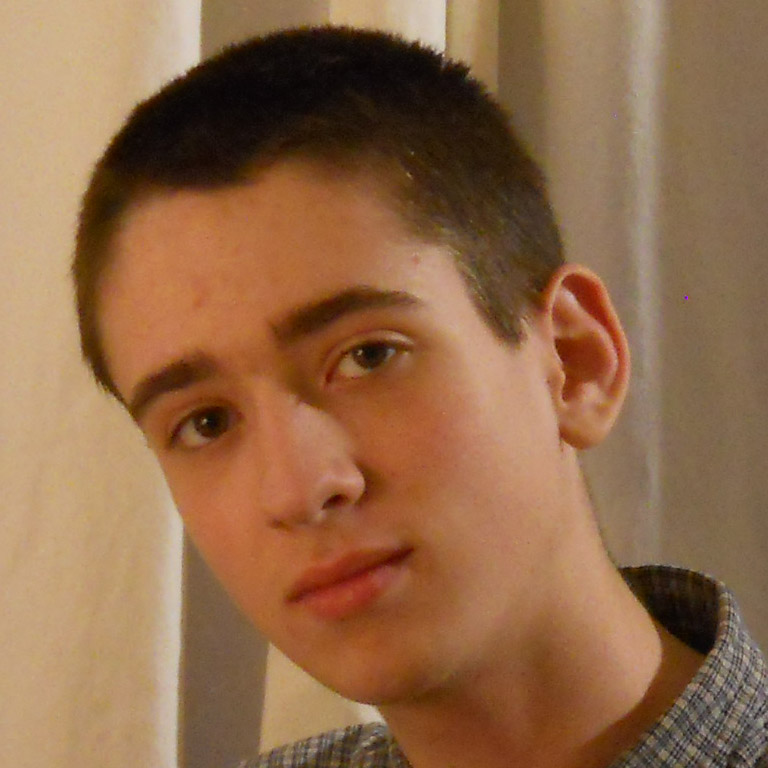