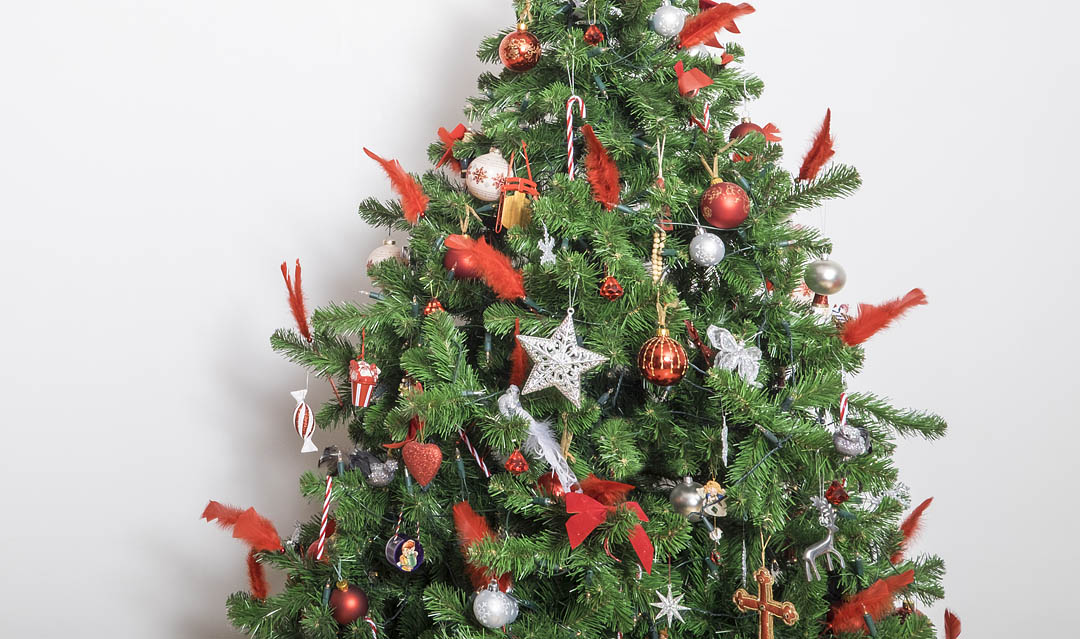 As my family celebrates each passing Christmas, my memory never fails to recall that Christmas when I learned the true beauty of the age-old tradition of Christmas giving.

It was our first Christmas at our new home, and the move had made money rather tight that year. Mom and Dad had told us kids not to expect many presents that year. The warning, however, did not dampen the excitement that inevitably came over me at the approach of the most wonderful time in the whole year.

As the great solemnity drew nearer, our new house began to feel more like home as we decked the halls in preparation for Christmas. Nativity scenes were placed about the house. Verdant green garland and bright red bows bedecked every doorway.

But, most of all, I will always remember our Christmas tree. Our tree that year was the smallest little fir I had ever helped to decorate. We piled all our ornaments and our lights on that little tree, and it glowed and sparkled with the adornments which could have decorated three trees its size.

The whole house seemed to declare that Christmas would be as joyous as ever, even if it would be different.

After the long wait, it finally came time for our Christmas celebration at home to begin as we arrived home from the Midnight Mass in the wee hours of Christmas morning. Sitting around the Christmas tree were little packages of different shapes and sizes; the scene brought to mind the maxim, “great things come in small packages.”

In accord with our family tradition, we began to open our presents then and there, though it was almost two o’clock in the morning.

To start us off, Dad told us that, with the exception of a few presents, none of the gifts were for specific people; we would simply take turns picking a package and opening it. In the end, if people wanted to trade, that would be alright.

Dad decided to start with the youngest. She picked one of the largest presents. She opened it and a look of confusion spread over her little face. Inside were bright, little green balls sealed inside a clear bag with a company’s logo. She looked to Dad. He looked unsure and said he thought that it was a heating pad.

To nobody’s surprise, the next youngest went for a small package. It held a small, black ball, again with that company’s logo. He squealed with delight and tried to make the ball bounce, but it simply refused. He announced that it was “a broken bouncy ball,” making all of the older kids fall off their seats laughing.

It was not a bouncy ball; it was a stress reliever… given to a six-year-old for Christmas! As we continued to take our turns, numerous pens and note pads from the company appeared, along with more stress relievers. We made it to the older end of our family, and the third oldest, a sophomore in high school, was up. He picked a small, flat package and unwrapped it.

He roared with laughter as he showed us his choice; it was a Christmas coloring book. Mom and Dad laughed themselves to tears.

Over the course of the night, one of my brothers received three extendable name tag holders. (What he would do with one, I do not know, but three!) Another happened upon an object none of us could explain, so he simply dubbed it a “wuppy.” Each one of us received what seemed to be a lifetime supply of pens. Together, we could have been an advertisement for the company with our new pens, bags, clothing, and stress relievers.

Amidst the laughter over our strange presents, Dad explained that he had been at a work conference earlier that year, at which the company had been handing out, well, our future presents. So Dad took some and wrapped them as Christmas presents. Though we did not receive much else that year but our “wuppies,” as we soon called all those funny presents, it has gone down in memories as one of the happiest Christmases of our lives.

It is now a tradition in our house at Christmas to end opening presents with the picking of the “wuppies” Dad has collected over the year. Though I love presents as much as ever, I know now that it is because of the kindness behind the gift, rather than the gift itself. For it was that year that I, and indeed all my family, truly realized that it was not the presents which make Christmas so special, but the love with which they are given. 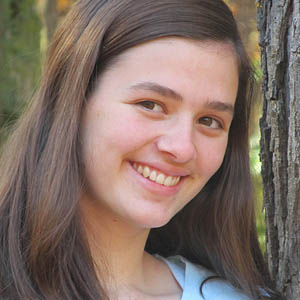 Natalie Pratt is a junior from Niles, MI. She is the 6th of 9 children and loves little kids. She loves art projects like pencil drawing and jewelry-making, and enjoyed success in various crafts from a young age. She loves to creative writing as well. She also plays the piano and sings in a choir at her parish. She thrills while playing many sports, especially volleyball. She loves Christmas and is excited to celebrate it once again.